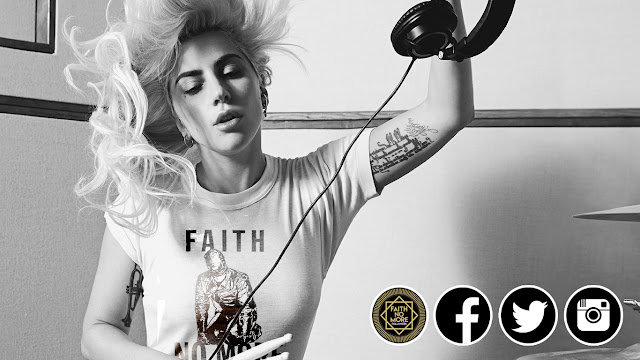 At last night's 59th Annual Grammy awards in Los Angeles Metallica and Lady Gaga pulled off a daring performance of the song Moth Into Flame together.

Did you know that the controversial queen of pop is actually a Faith No More fan? After Mike Patton slipped in an ad-lib chorus from her song Poker Face, over the intro of Chinese Arithmetic at the Download Festival in 2009, she responded via twitter.

Here is the video moment Patton expertly imitated a turntable remix of the Gaga song at Download 2009.


"I don’t wanna take complete credit, but… Look, it’s something that happens. It’s not something where we sat down and said, “Hey, let’s do a Lady GaGa cover over one of our tunes.”  It just kinda happens. A lot of that is my responsibility. We played a certain set of music for a long period of time, and it’s only natural to get a little complacent. So, to me, what’s fun is injecting other people’s tunes over the top of our tunes. I guess it’s a live mash-up, if you will."


Lady Gaga reaffirmed her love for FNM in an interview with MTV in September 2009.

“I love Faith No More! Their song ‘Epic’ was my burlesque number at the bar I used to work at! I used to fog myself and dance to it,” she recalled. “When I found out they did ‘Poker Face,’ I was like, ‘Sh–!’ ”