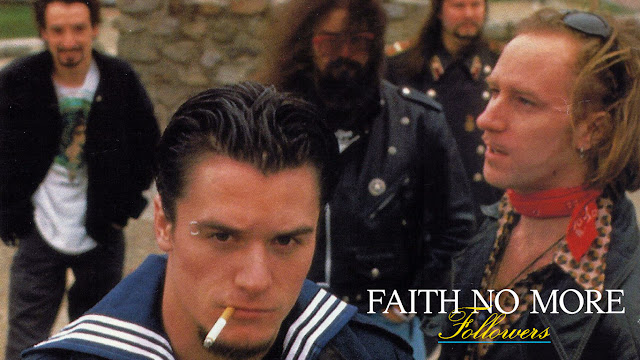 Ever been intrigued by Mike Patton and Roddy Bottum's eyebrow piercing? Read Roddy's take on the piercing phenomenon.

Where are you pierced?

"Just my ears, I'm not sure how many times...four maybe - and my left eyebrow."

When did you get them done?

"No. My ears maybe coincided with me moving out of my parents' and starting my own life. The eyebrow is an ambiguous statement. I like the reactions I get. It's a cheap man's bald head - same reactions but you can always take it out. It takes longer to grow your hair again. I like wearing coloured bandanas in my pocket too - you know they mean something in the gay world. My eyebrow pierce is like that, it means different things to different people. I like the risk and the conversations I strike up."

Did it hurt or bleed a lot?

Has it ever gone septic?

"God no. Actually it is a little infected at the moment, but it's not that bad. Mike the singer had his done the same time as me and he refuses to share his antibiotic cream with me. Can you believe that? I can't get over it."

Have you ever regretted it?

Does it serve any practical purpose?

"Absolutely not. Well, Mike and I thought, because he had his right done and I had my left, that we could connect ourselves onstage. But we haven't so far."

What's the worst thing that's happened to your pierced bit?

"I haven't had any over-amorous lovemaking. Apart from catching it on my sweaters, nothing. It hasn't made me weep yet, and I cry at the drop of the hat. Still, as Patrick Swayze once said in a film when some woman was dumping on him - pain don't hurt!"

Would you do it again?

"Yeah, sure. I was kinda interested in getting my nipples done, but I'm not sure they're a suitable shape. They're not innies, they're like flatties. What's pierce right at the back between your dick and your anus? A guiche? I wouldn't mind having that done. That skin is kind of redundant, stretched. You'd have to be careful where you sat. No cycling."

"No reason at all. I like the ambiguity of it. It's strictly fashion. I wouldn't recommend it for everybody though because I'd rather be original."