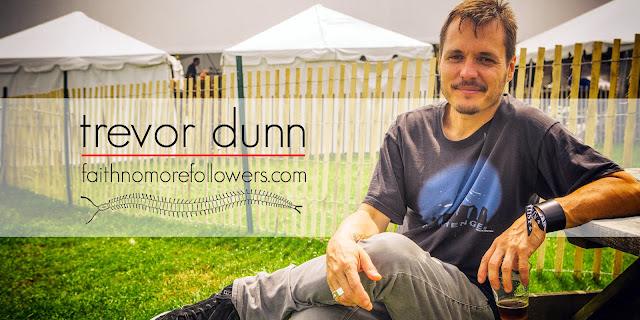 "How an artist chooses to present his task is subjective.  To each his own. The way I try to meet my own personal goals is to become a better artist, a better musician, and to continue to learn and absorb."

To celebrate we have gathered a selection of interviews with the bassist.

"My first memories of 'writing' music are of constructing some sort of dramatic narrative on a neighbor's upright piano probably around the age of eight.  I also recall messing around on my older brother's guitar with the top three strings in first position, which I now recognize as a simple way to connect triads with pivot tones.  I was also writing lyrics to songs that didn't exist while in grammar school.

Much of all of this probably had a lot to do with being inspired by my brother and the influence of Kiss records that he would  bring home in the late '70s.  A few years later, after starting electric bass and immediately getting into a band, thanks to my teacher hooking me up with a guitar player student whose brother was a drummer, I began writing actual songs.  My passions at that point included Blondie, Cheap Trick, Van Halen, college radio and the Dr. Demento show." 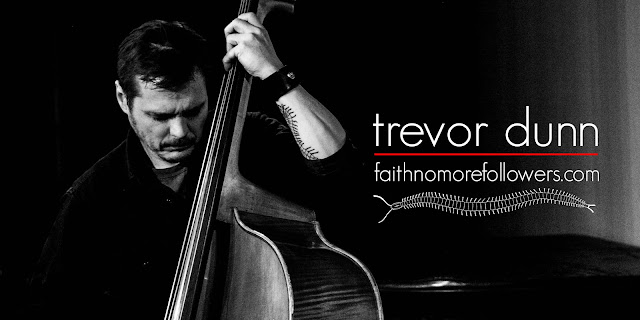 "Probably my favorite [moment of touring] was during one of the last Mr. Bungle tours in the States. We were playing in Myrtle Beach on this horrible tour package tour called Snow Core. We were opening up for System of a Down and Incubus and we were completely out-of-place. We were sort of the grandpas of the tour so we started really messing with the audiences. We dressed up like the Village People and acted super gay which really pissed off the metal kids.

"We're actually pretty terrible live, we put on a terrible live show. We spend too much time pretending that we are at a carnival and sometimes forget that we have instruments with us. We wear our Halloween masks."

"I think it adds something, really. I mean people get pissed off when we won't take off our masks, but that is only because we are too ashamed to show our faces."

"Mike and I met in junior high, when we were about 13. We were kinda inseparable in high school. We hated everyone else. We mocked everybody and had nicknames for everyone—it didn't matter if we knew them or not. Like most high schools, most of our peers would go out on the weekend and get completely drunk, but he and I decided not to drink at all. We were basically straight-edge all through high school, even though we didn't look it. We'd go to parties and not understand why people were drinking themselves into oblivion. Now I get it. But back then I was a little naïve."

I don’t see any point in writing about this record. It is what it is. It is perfect.  Mark Ronson’s Uptown Special is a perfectly formed, well-crafted, unimaginative piece of crap.

Now, I’m not gonna make any friends by publishing such a statement. It’s likely I just put myself on some kind of studio musician blacklist. My phone will continue to not ring off the hook for me to play on some chart-topping summer dance jams.

It’s very clear that Mark Ronson knows what he’s talking/writing/playing about. He has done his homework. He can put together a band. He’s got big ears and that is why he is a good producer. With the flick of a toggle or push of a fader he can, I assume, conjure Prince, George Clinton, the Beatles and/or James Brown, and that is a talent for sure. To quote the late German composer Karlheinz Stockhausen: “What I call a musical person is someone who can imitate any sound that he hears, with his voice, directly, without thinking about hitting the right pitch, but just doing it. Great musicians always start off as great imitators.”

But the very next thing that Stockhausen says is the part that continually seems to be forgotten: “Afterwards, building on the talent of imitation, comes the talent to transform what you hear. Many don’t reach that far, but those who attain the ability to transform, incorporate and identify sounds, they are the better musicians.”

Uptown Special is the kind of music that actually pisses me off, and I can’t keep my mouth shut about it. In 1990, along with my band Mr. Bungle, I wrote a song called “Love Is a Fist,” which, among other innuendos, contended that “there’s no effort to what’s in.” What was “in” was, of course, pop music that I felt at the time no one was working very hard to make interesting. Barely 22 years old, I was already jaded, and tired of love songs. Now, the love song will never die because everyone on the planet could write their own story. As it should be. So why repeat someone else’s idea?

In 1998, I wrote a song called “Retrovertigo,” a word combining retrogression with a sense of nausea. I was disgusted by the price of used clothing. I was horrified that people dressed up in fedoras and double-breasted jackets to listen to jazz and drink Manhattans in the late ’90s. There is nothing wrong with adults using whatever escapism they stumble across to direct themselves into bliss. But let’s be real.

It’s now 2015, and I’m still tired of hearing “artists” cut and paste their favorite retro styles. Stevie Wonder took music that he was into and transformed it. Amy Winehouse, famously produced by Ronson, was a great singer with a captivating, charismatic voice who could sort of co-write decent songs that were presented in a cookie-cutter formula mirroring Motown, Stax, the Crystals, Phil Spector and the like. Daft Punk’s “Get Lucky,” featuring Pharrell Williams, is a blatant rip-off/mash-up of Earth, Wind & Fire and Chic. Do the math. All of the evidence is clear and definitive and somehow not even disputed. You can trace copied chord progressions and melody fragments, for crying out loud, not to mention beats. And no one cares. That’s the way the public likes it. It’s the fast food of music: Familiar, immediately gratifying and predictable. Billions and billions served. (See Jim Gaffigan’s bit on McDonald’s for the full reference.) It’s the most safe music there is, free from the horrors of the real world. I can only buy it for about a half a verse before I feel like vomiting.

If you feel like digging through the fertile lexicon of references that is Uptown Special, let’s start by comparing Ronson’s “Feel Right,” featuring the rapper Mystikal, to James Brown’s “Get Up (I Feel Like Being a) Sex Machine”  (1970). Ronson uses a nearly identical drum beat and guitar riff and then, moving to the bridge, borrows the song’s ever-effective IV chord. From there, listen to the Gap Band’s “Early in the Morning” (1982), which is based on a simple two-chord, two-bar lick. Ronson appropriates it for the verse of “I Can’t Lose,” with a taste of Chaka Khan on lead vocals and Sister Sledge on backups. “Uptown Funk,” Ronson’s collaboration with Bruno Mars and the album’s lead single, alludes to so many original Parliament-Funkadelic songs that you could spend a year collecting elements that were already being passed around in the ’70s and early ’80s. But that’s not all — “Uptown Funk” also conjures the synth patches of Prince’s Controversy (1981), horn arrangements worthy of Tower of Power’s “Get Yo’ Feet Back on the Ground,” and the way the male voice doubles the Moog bass line in Zapp’s “I Can Make You Dance,” not to mention Mars’ vocal allusions to Lenny Williams. I understand this is a language. The same evaluations could be made in any genre of music, which is why we have “genres,” but isn’t that also why we have museums and record collections? Isn’t that why we can still hear Mozart at Carnegie Hall or Duke Ellington at Lincoln Center? Who has borrowed from T. Rex or David Bowie this week? Where’s the transformation? Where are you taking us aside from the “good old days”?

The problem is that all of these “influences” have been rationalized and picked apart to the point that all of the magic is gone. There is no magic in this Mark Ronson record. There is no darkness, save for a couple of moments courtesy of Tame Impala’s Kevin Parker. If the only reason for this kind of music to be created today is to get me to party all night and spend my money, then I want no part. This is music written by people with money, for people with money. The rest will download it for free and play it in the background, none the wiser to the fact that everything on it has already been done in a much deeper, pressing and more ambitious way. I want to throw this record in the trash and pull out my Parliament and Sly Stone records, then put them away and look for something current and original that will inspire me today and give me hope that we aren’t running out of ideas. Does such a thing exist?

Let’s not argue about art vs. entertainment. They are clearly two different concepts, both of which I admire and appreciate. Let’s argue about why records like this even exist. Let’s argue about the culture of fear and apathy, the lack of truly inspiring innovators. My solution? Do something good with your money and talent. Do something weird. Change people’s perceptions, change their minds. Show them something they hadn’t thought of instead of pandering to convention. Sit for a while with something that you initially are not attracted to. Break habits. Invent a word. Try a different tuning. Make a pop song that doesn’t sound like other pop songs.

Sorry, but I can’t stop quoting Stockhausen: “It is very important that the breakthroughs in our time go beyond all the limits that we have accepted up to now. People usually think that the arts should only entertain, but that is not the role of the arts at all. The role of the arts is to explore the inner space of man; to find out how much and how intensely he can vibrate, through sound, through what he hears, whichever it is. They are a means by which to expand his inner universe.” 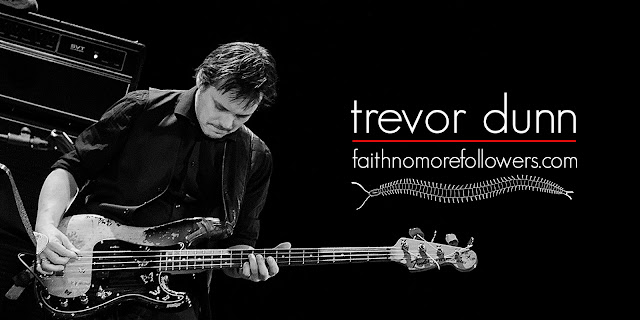