THE MAKING OF THE CONE OF SHAME VIDEO | Goce Cvetanovski Interview 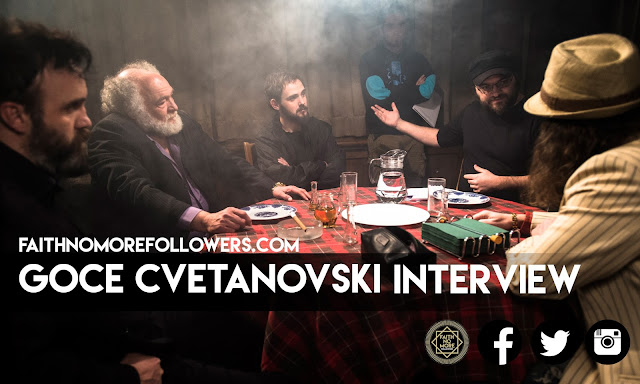 Cone Of Shame is one of the most dynamic and brutal songs from last year's album Sol Invictus. The aggressive music, the breathy and growling vocal delivery and the dark lyrics all create a sinister mood that harks back to Angel Dust.


So this spine chilling gut buster track obviously needed accompanying visuals of equal calibre. To achieve this Faith No More turned to Macedonian director Goce Cvetanovski.
Goce and Bill Gould had previously worked together on the 2015 animated film The Man Who Wouldn't Die, a macabre tail of one man's struggle to cheat the grim reaper.

The video clip for Cone Of Shame tells the story of double cross, forbidden love and revenge which unfolds in a seedy bar and ends in violent tragedy. A plot that you could easily imagine unfold in a Tarantino crime thriller with a nod to Stanley Kubrick's The Shining as the villain takes an axe to a door in one particularly intense scene.
The wonderful camera angles add to the suspense with deep focus shots and moody smoke clouded lighting.
Highlights of the film include reactions of the bohemian skiffle band  (remember the old folks in Sunny Side Up) and the climax when the female lead is on all fours, a cone of shame around her neck as she looks up on the hanging bodies of her co-conspirators. Romance, intrigue, suspense and murder with larger than life characters. A unique and unexpected film which does indeed brings a new dimension to the song. 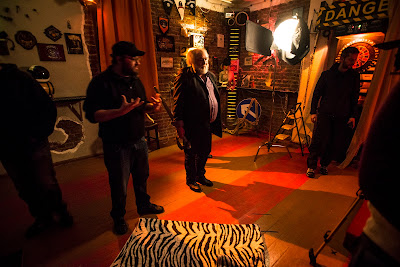 As always we aim to bring you more. So we contacted the writer and director Goce for extra insight into the making of this video.

How did you and Bill Gould come to work together? Did this lead to creating a FNM video?

We met by pure coincidence in a small rock bar in Macedonia, I think it was in 2010. As big FNM fan, I went to express my respect. We exchanged contacts and then had couple of additional beer-drinking meetings in Paris, France. My legs were kind of shaking when I proposed Bill to score the music for my second short animated, “The Man Who Wouldn’t Die”. He liked the story, accepted and did a great job. It was a wonderful experience. Even then, I was bugging him that if they ever reunite and make a new album, I’d love to do a music video. The first couple of times I was asking about FNM plans he just smiled mysteriously. Then they announced the reunion only for concerts and festivals, and I continued bugging Bill to find out if they were making a new album or not. He never told me a word until the Sol Invictus was officially announced. If I remember right, that night I went out to celebrate what was probably the best news in 2015 for me. The world needs more FNM albums.

How does your experience in animation lend to live action film making?

In fact I started with live action and then progressively realised that my stories are just too expensive to be shot in live action. Need to point out that I don’t draw myself, but as a big comic book fan, I started learning about the animation process. So I produced my first short animation in 2009, it was a horror twist of the Hansel and Gretel story. Got hooked up on animation ever since. But I don’t like to limit myself with the format. The idea is to tell stories, whether in live action, in animation, or in comics form.

What are your personal experiences of FNM?

A part from being one of the most influential music bands ever? Well, I’m a big fan, that’s for sure. In high-school I had a band and we played original music, but in our garage every night we’d cover 5-6 FNM songs to get us in the mood (f*cking difficult music to play, hey). One of my best friends tells me that in high-school one of my biggest wishes was to make a FNM music video. Here’s a proof that childhood dreams can become reality, with a lot of hard work and a bit of luck. Oh, and also – when King for a Day... came out, I took a 5 hour bus to Greece to buy me a T-shirt and the original CD. 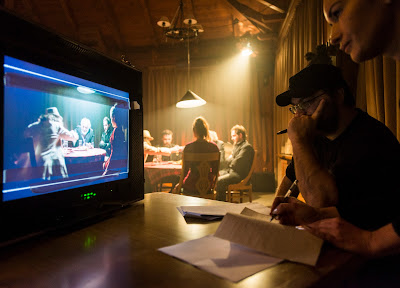 The video has nods to some of the great crime thriller directors. What influences did you draw from?

We had a lot of films and directors in the “reference folder”. You will immediately see Kubrick’s “Shining” influence in there, but there’s also a lot of Sergio Leone and Sam Peckinpah influenced shots for the western ambient, a bit of Tarantino and Cohen Brothers in the plot and the action scenes, and of course David Lynch for the love scene (Wild at Heart).

Where did you find the actors?

They are all professional actors from Macedonia. The male roles were cast immediately, I knew right away which actors would play. For the girl part it was trickier. We were developing the script for a long time, and there were three actresses in play. Depending on which version of the script was to be approved by the band, there would’ve been a different actress playing. I think we made the right choice both for the script and the actress.

When listening to 'Cone Of Shame' prior to making the video did scenes play out in your minds eye?

My first impressions were more horror-like. Lyrics like “I like to peel your skin off, strip the bones off,” etc, gave me images of some cannibalistic druid kind of ceremony. But after talking with Bill, he explained me that the song is more about a love gone wrong, wrong decisions and jealousy. We also discussed the spaghetti western ambient of the music, if you listen carefully you’ll find a bit of Ennio Moriccone influence in the guitar. The story developed from there and I was listening the track in loop for days, while working on the script. 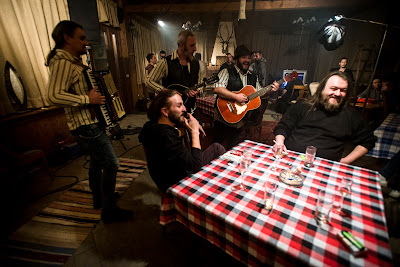 Do you think music videos such as these, that have a plot and actors, add another dimension to the song. Unlike videos of simply the band performance?

Definitely. There is another energy in live performance, but that energy is difficult to be captured on image. You have to be there and feel it. I’m honoured and very happy that FNM gave me their trust and support about doing the video for “Cone of Shame”. It was a creative collaboration and they didn’t push me at all with deadlines – the only focus was that the final result is on the top level. The entire crew gave their best, all the main creative members of the team are FNM fans, so we put all our soul and energy into making it the best we can. This enthusiasm got transferred to everyone, and it was one of the best shootings ever. My only regret is that they didn’t want to be part of the video – they would’ve been perfect guests in the tavern scene.

How do you feel your videos sits with the FNM back catalogue?

Well, it’s very different from their previous videos, but that’s the FNM spirit, to always surprise you and slap you when you try to categorise their work.
It’s pretty sure that nobody expected this kind of video and that a lot of people will not like it, since it’s a story with a strong statement and not the usual popcorn videos that we’re served lately. 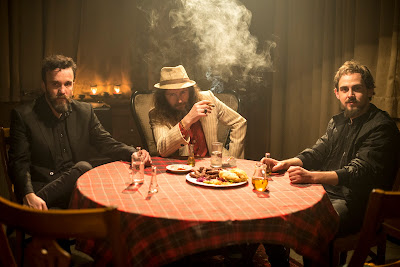 Faith No More were involved in the production of the video. What part did they play?

Well, they sent a big check haha. In fact, the involvement of the band was there from the very beginning. Bill suggested that I think about a story for this particular track. I proposed couple of different variations. The guys liked the story that I referred as “Bonny and Clyde”, and then we went on working on that. I only had direct contact with Bill, who sent me from time to time the impressions and suggestions of the other guys. It was very exciting period for me, I really felt like being a member of the band, loved every critique and every suggestion.

Are their any more similar projects for you in the future?

I sure hope so! If FNM make another album, I’ll be bugging them again for another video. Otherwise, next year we’re starting the production of the first Macedonian animated feature, “John Vardar vs the Galaxy”. It’s a Star Wars / Star Trek parody and I’m having a blast working on it.