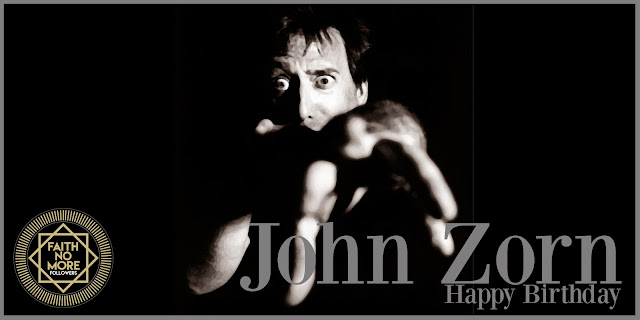 John Zorn and Mike Patton first worked together in 1991 when Zorn was brought in to help control and focus Mr. Bungle for their first album. This was the beginning of a fruitful and long lasting musical relationship between the two from Naked City to 2013's Song Project their collaboration has produced some outstanding yet in some cases ecentric compostions and performances.

“People are not going to understand what I’m doing until I’m dead.” - John Zorn 2013


About seven or eight years ago, Mike Patton and John Zorn were sitting side by side on an international flight, filling in their little green landing cards. Where it said 'Occupation', Patton wrote, 'musician,' same as always. Zorn wrote 'composer,' same as always. "So what's the difference here?" asked Patton, leaning over, kind of teasing the older man. "I dunno," said Zorn. "It's funny actually, I've never thought about it. It's just always what I've written and maybe I've always thought of myself this way." "Yeah, that's funny." - The Quietus 2010

"That’s an important part of what I do. And it’s taught me a lot, working with people like that. It’s definitely a part of my vernacular now. And a part of the way I sing, the way I hear music and approach it." - Patton 2010

"I think that one of the things that really cracked my head open was starting to improvise, after I met John Zorn. He encouraged me. And when you come from a band- and song-based background, it’s like, How do you improvise? I mean, that’s literally the way that I thought: Well, what do I do if I don’t know what I’m doing? He’s like, “That’s the whole point.” And when you start to kind of immerse yourself in that improvisation culture, you gotta be comfortable enough with your instrument to throw yourself into a really potentially dangerous situation. Sometimes that’s not so kind for the audience, but, hey, I’m not sure that we’re really here for an audience." - Mike Patton 2013