WE CARE A LOT | THE LISTENING SESSIONS 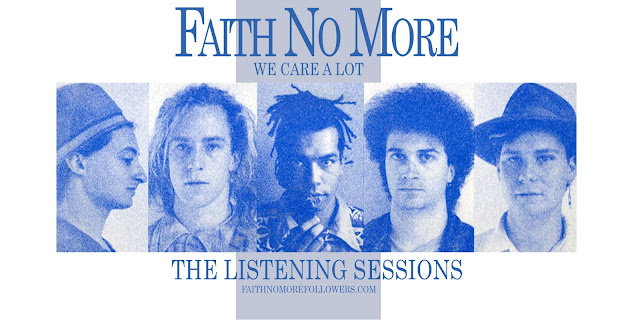 Bill Gould has issued a statement via Faith No More social media.

OKAY, SO, HERE’S WHAT’S UP: We Care A Lot is coming out on August 19th..Normally when FNM releases an album there are tour dates…not only to promote the record but also because we like creating events…we are proud  to include amongst our ranks a strong, international group of fans, many who I know personally, and generally our shows provide not only a place to hear live music, but also a way for people to get together and have some fun.

While it’s been great to reconnect with this era of the band, we also realize that a tour with the WCAL lineup just ain’t gonna happen, so this is what we’re going to do: throw a party for our fans. Actually more than one. On the same day: August 18 (except for the Big Foot Lodge on the 19th, because they’re special..!). We’re going to play the album in it’s entirety at each place, the day before the release, so our friends can hear it first, and under “optimal conditions”.

We’re going to call them “Listening Sessions”. Admission will be free, and they will be held in bars that are “FNM family” friendly. That means that I’ve personally been involved in the selection process , and am down with the proprietors, they are fans as well, and this will all happen in the right spirit. It’s not the same as a live gig, but hopefully it will be a good way for many of you to get together, and along with our music, to have a little fun.

Below is a list of our confirmed “Listening Sessions”, but it’s highly likely that we will be adding more venues as we get closer to this date, so stay tuned either at fnm.com, koolarrow.com, or the Koolarrow or Koolarrow  FB pages.

And PLEASE, if you find yourself going, send us photos, either at info@koolarrow.com or via the Koolarrow  FB page, and we will try to repost.

This show will feature a live perfomance from Chuck Mosley

Labels: 2016 Faith no more We Care A lot We Care A Lot (Deluxe Band Edition)