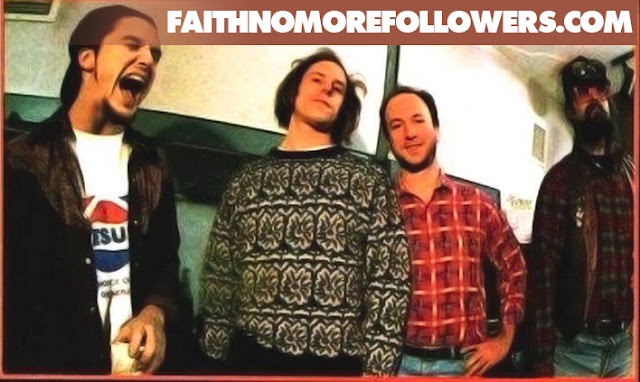 Matt Wallace gives his views on the recent rehashing of FNM v RHCP.
The old and ridiculous comparisons of Faith No More to the Red Hot Chili Peppers have surfaced after Fox News reporter Greg Gutfield stated that people can't be a fan of both bands.

“I want to explain that we live in a binary universe. You’re either a Faith No More fan, or a Red Hot Chili Peppers fan. You cannot love Mike Patton and Anthony Kiedis, because they are two different people. You have to love Mike Patton, you cannot love Anthony Kiedis. So that is why the Red Hot Chili Peppers are the worst band in the universe, because Faith No More is the greatest band in the universe.”

No member of either band have commented, why should they! However Matt Wallace took to his facebook page to outline the huge differences between the bands and we think it makes for great reading.

I'm a fan of RHCP's music and they are certainly talented and successful. But, here's a listner's guide to the vast difference between them and FNM.RHCP focused on clean, scratchy and funky guitar while FNM had giant, solid slabs of molten rock excavated from hell provided by Jim Martin. And, while I'm a huge fan of Jack Irons and Chad Smith drumming no one sounds nor plays like Mike Bordin thanks to his African drumming approach that focuses on playing tom toms, snare flams and upbeat kick drum patterns. Add in Roddy Bottum on keyboards with his classical training and penchant for wide, orchestral keyboard sounds from heaven and that further stretches the RHCP and FNM comparison. The bass playing is also hugely different. Flea, who is extremely talented, relies on funky, somewhat busy and jazzy bass playing while Bill Gould plays angular, focused, and economic distorted chunks of heavy bass shrapnel. Patton and Kiedis might have been influenced by some of the same rappers but lyrically (as well as vocal range) Patton is far superior to Kiedis. There is a substantial amount of thought and insight that goes into Patton's lyrics and he is constantly searching for unique perspectives and melodies. The RHCP song "Under The Bridge" is a rare example of exceptional lyric writing by Kiedis. Now, this isn't to say that RHCP aren't talented nor successful because they certainly are and I happen to be a fan, especially of their earlier music, but there is absolutely no comparison between RHCP and FNM other than the fact that they're all dudes.