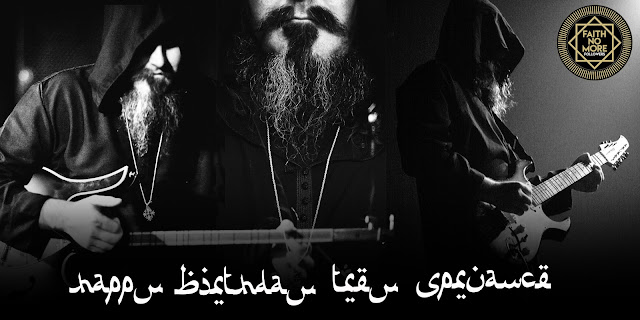 Here, as is our tradition, are links to some enlightening interview conducted with the ex-Mr Bungle and Faith No More guitarist, enjoy.

"I started playing the trumpet when I was in third grade…it was to get out of class. And then it kind of stuck. By the time I got to about 7th grade, I was a REAL, REAL nerd…and I tried to find some way to gain the acceptance of my peers. Since I couldn’t be strong and tough, and boss people around, I started learning how to play guitar. Which was ill fated, because it didn’t really succeed in making me very cool. But I stuck with it because I liked it."


"For me orchestration and recording are the same thing when making a record. Sometimes you end up having to use more strings than you thought, or sometimes you get there with five when you thought you'd have to do 11. But all of the musical ideas are known ahead of time. Whether it's detracting from what the "already in your brain" goal is, whether it's leading towards it or going away from it, you catch that right away and know when to stop or to keep going or try something else. Most of my ideas are very simple and the complexity comes in the detail work. Most of the melodies are sing-able melodies over pretty standard chord progressions. Pretty. And then it's the detail work that milks those. I'm really against the idea of convoluting the original idea. I hate it when musicians have a clear and good idea and then accuse themselves of doing something garden variety, "so now I need to go fuck with it." This is terrible. The original, pure idea, maybe needs to be more than what it is, so dress it up in something! Don't be ashamed of how normal it is! That's what orchestration is for me. There might be all these intricate harmonic things going on in the background and that's why on multiple listens you hear things that you've never heard before. And maybe those aren't essential to the strong idea, which is the one you would retain. The magic comes from the simple things. For sure it does." 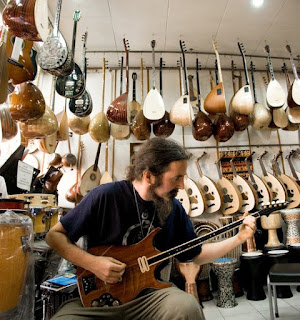 Mark Prindle | 2007
Trey Spruance is the insanely talented and far too learned guitarist and leader of Secret Chiefs 3, as well as a key component in the artistic success of Mr. Bungle, Faxed Head, Three Doctors and that one Faith No More album.


"It's weird. I lost interest in guitar when I was about 20, which was in 1990. It really just became a means to an end for me, and still is. I like what I can do with it compositionally and all that. I leave the mastery of the instrument to others who are infinitely more qualified. All I do is wield it so as to have a part in the performance of compositions... I think this attitude has freed me up a lot over the years. I can kind of play the thing with transparent feeling and nuance now, and not just be the anal-retentive fuck I would be if I actually gave a shit about it. Playing saz and an assortment of other stringed instruments helps me bring different ideas to the guitar now, probably. My problem these days is that I own only one guitar, and it's a piece of shit Strat made in Mexico --- I never ever play it unless I have to record. Truly a piece of junk. I've been like this forever though, actually. I remember borrowing my roommate's piece of junk Les Paul copy (a $100 "Seville") for the Faith No More sessions, because at that time I literally had nothing resembling a functional guitar. Just a pile of synths and a broken G & L. Luckily Billy Gould had a decent hollow-body for some of the clean parts. This problem of mine is way worse now... I just don't care at ALL. But I really like playing other people's guitars that are well-taken-care-of. Someday I'll get a respectable guitar with normal fretting. I need that for the surf stuff I do --- all these modified instruments with proprietary tunings and various electrified baglamas etc. aren't so good for that."


"There’s a thing with being ‘prog’ or ‘progressive’ that tends to come out of rock, like ‘prog rock’. We’re not from that background, at least I’m not, at all! I never listened to Zappa, I never listened to Yes, I don’t get involved in arguments whether Yes is better than Genesis! It’s just not the background, you know? But, it’s cool, because there’s often prog rock people that will show up at our shows and introduce themselves, and it’s interesting to see how that works because we’re outside of their frame of reference, but they’re open minded enough to take it in… Some of the people in prog rock are open minded…"


"When my dad would get really pissed off, he would storm into the living room and put on Stravinsky's The Rite of Spring. I've always associated that with these fits of anger. There are parts of that piece that are like a storm of terror. It made a huge impression on me. So it was sort of like Slayer and Stravinsky came to occupy two different extremes I suppose in my young brain. Maybe it was the possibility of dissonance and chords from the classical tradition. Of course, it's completely different with Slayer, where it's really just barre chords played really fast." 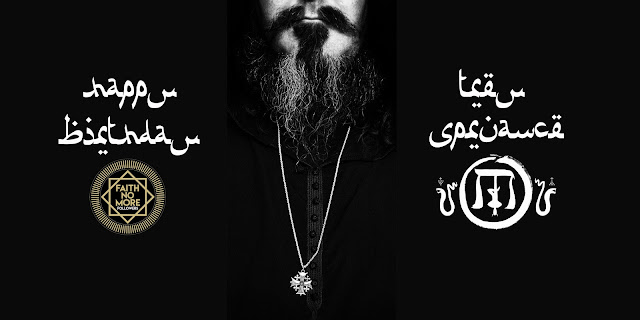