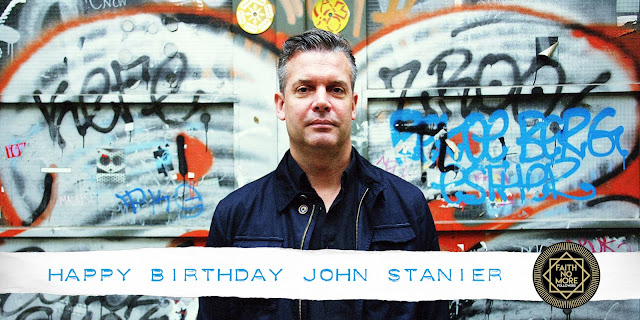 Happy birthday to Tomahawk and Battles drummer John  Stanier, who celebrates his 48th today.
Here are some interviews with the man himself for your reading pleasure.

“Tomahawk is a very cinematic kind of rock band, but at the same time kind of formulaic. So it’s not Gentle Giant—style, anything-goes improv, but at the same time it’s not Oasis. It’s a gray area in between the two. So with the demos that Duane has it’s pretty obvious what you would do with them. But, of course, I can do whatever I want. It wasn’t like me spending weeks and weeks, like, ’Does a 7/8 beat work better over this than a 4/4 beat?’ or something like that. I don’t think any of our records have ever been like that. It’s kind of just like here are the songs – the blueprint that he gives everybody – and then we kind of just show up and bang it out, really.”

In Music We Trust | 2013
Mit Gas! A Chat With Drummer John Stanier

"It always seems to me that the bands that don't last are the guys that went to college together. Or, I could never understand bands that all live in the same house together, and tour - that just gets a little incestuous. [In Tomahawk], we're four completely different people, we've been doing this for a super long time, we have other things going on, we live in different cities. We're real professional, by the book. We definitely get along."

These Are My Twisted Words | January 2013

“Since day one it’s not like it’s the only band that we’re going to be in,” Stanier explains, “That’s not to say that’s it’s just a side-project, but it’s definitely… it’s always been very easy to work with those guys simply because it was always laid on the table that everyone obviously has other stuff going on. But that’s no reason why we can’t still get together occasionally, write a record, play everywhere once and then go our separate ways again to do whatever it is we want to do. It’s actually quite a dream come true. I wish that a lot of other bands and writers could operate like that. There’s always been this understanding of that, so I think that’s definitely half the reason why it works”. 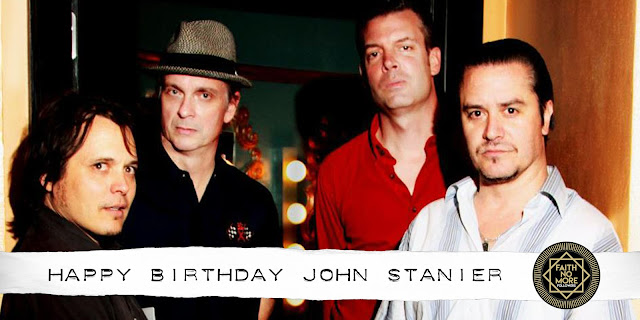 PopMatters | September 2011
The Center Is the Loop

An Interview with John Stanier of Battles


"That’s interesting. I think probably the root of all that is that from day one, Battles’ center has been the loop. Typically, in a band, the drums are serving as the meter, so everything is organized around the drums and the tempo. But when you’re playing with loops, the loop is really the drummer. In a strange way, there’s always, in pretty much every Battles song, the “mother loop” and it’s generally the very first thing that is written. And that really, indirectly, is kind of running the show. People are playing off of me, I’m playing off of other people, but indirectly through this weird chain of events, the mother loop is controlling what’s going on. So as a result of that, the traditional role of rhythm and melody become kind of blurred, where it doesn’t really have to be necessarily, “Oh, the guitarist and vocalist obviously does the melody and the bass player and the drummer do the rhythm.” It’s not like that in Battles: it’s kind of all over the place, so I think some people might think that, on the one hand, it sounds kind of limiting: but on the other hand, it’s the opposite of that, because it really opens up endless possibilities for the merging of those two worlds."

“When I was 12, I started jamming with a bunch of guys in my garage. The cool thing about my parents was that we could always play in our garage and they’d never complain. And we were loud. Really loud.” Surprisingly, Stanier’s earliest influences were not drummers from the heaviest rock bands, but progressive rockers. “Hands-down, Neil Peart,” he answers when asked which drummer he venerated most while growing up. “I think he completely re-wrote the book on rock drumming. Bonham definitely did a lot for rock drumming, but Peart took it to the next level. I really went through a prog-rock period, listening to Yes, King Crimson, Emerson Lake & Palmer. Then I got into Terry Bozzio, who completely blew me away. I’m also influenced by hardcore stuff – Chuck Biscuits and early D.O.A., Grant Hart from Husker Du, Alex Van Halen, too. I also got into Lenny White and Return To Forever.”