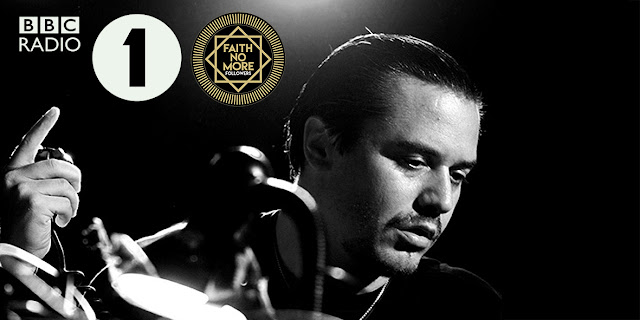 This interview is actually mislabelled as 2001, it was actually 2000.
Patton picks songs and talks about Fantomas with Mary Ann Hobbs.

"Basically I wanted to take a lot of the cliches that music is full of. Heavy metal tricks, I wanted to try and organise them a different way....Chop them up and put them back together and rather than concentrating on verse, chorus' and repetition I wanted to make it move like a machine gun."

Also about the volume of his musical output.

"I need to have a few different things on my plate at once. Otherwise I don't feel alive, I'm afraid of empty space. I like to have a lot of things ahead of me. I'm afraid of being bored and having nothing to do."

"I really like being able to change the scenery. And rather than trying to do it with one band. A whole other name, a whole sound, a whole other personnel and you can disappear."

About Faith No More touring with Gun's N Roses.

"Well either you drink JD and sit in the hot tub with Axl's strippers or you go to bed...It was a dark time for all of us. We were a very ambitious band and we never said 'no', we never turned down a tour."

About Anthony Kiedis getting Mr. Bungle kicked off festival dates.

"The manager called us and was very embarassed...it's something to with Anthony, the rest of the band doesn't care. Maybe it's that small penis complex, maybe he thinks that stole some of his dance moves."

On Faith No More.

"There's a chance they will play again but I won't be in the band, I'm over it. We said what we had to say."