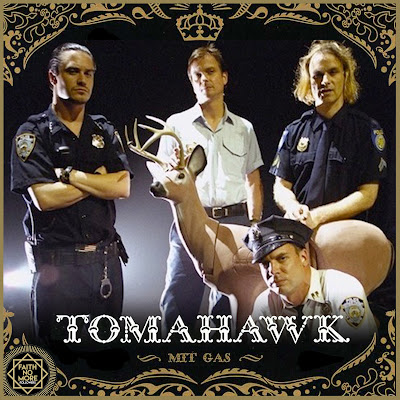 On May 6th 2003 Tomahawk released their second album Mit Gas. 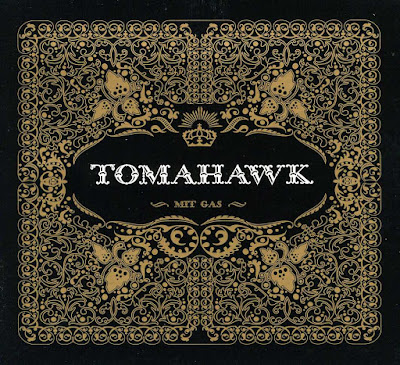 'So go forth, like a pink little alley pig, and let the bells peal, the crowds cheer, the dj's spin! Clear the Billboard charts.......a miracle has been bestowed upon us!!!! It is called: MIT GAS'

'Anyone who gets off on a good old-fashioned visit to the dark side like I do  should turn the volume up, sit back, and picture Patton growing fins and a Hitler mustache while taking this Teutonic geek show on the road.'

'Mike Patton and co return with Tomahawk's greatest, most individual slad of noise and chaos yet.'

'Mit Gas is a true auditory oddity. Mike Patton brought together the best players in the metal and punk worlds to create a true home for his visionary vocals. While Faith No More will always be his real playground, Tomahawk is an amazing project that deserves more of his attention. I don’t know why I never took the time to listen to it before. Oh, but thank god I did.'

'Not that there was ever any doubt, given his track record, but Mit Gas delivers the goods for Patton’s small, devoted cult audience hungry for rock. If you’re not a Tomahawk devotee, wait a week and Patton’ll probably have released another album. Maybe you’ll like that one instead. In the meantime, Achtung! Mit Gas!' 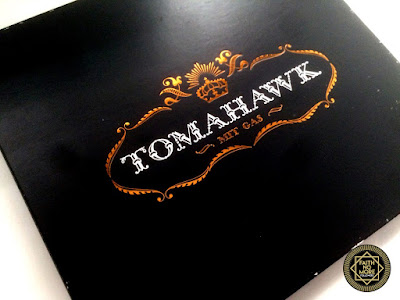 "It's different, maybe it is more balanced. To me, an album is almost like a collection of short stories or scenes in a play, though it's not like we're trying to tell a whole story with every song being a section. I think there are sort of unifying vibes here and there. I don't know, I just think the timing is right for this album and for Tomahawk. I might be totally wrong."

“Everyone should do their part to help avoid a global recession, so everyone should work hard, then go out and spend money on this Tomahawk album and come to our shows, buy each other drinks and buy us drinks too. And that will help everybody.” 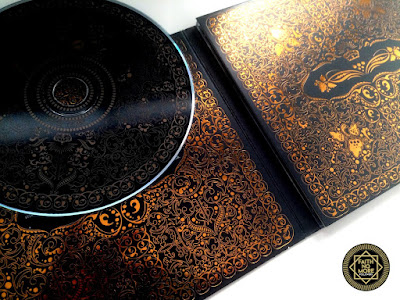 'The inspiration comes from my grandmother's clock. Its not a copy of that clock, but I remember thinking, 'It could be nice to make a digipak with massive ornaments on every panel'. It was the first time I tried the gold hot stamp printing, and I remember the printers said it was impossible due to all the details. But we went with it regardless. I was quite happy that it turned out OK...!'