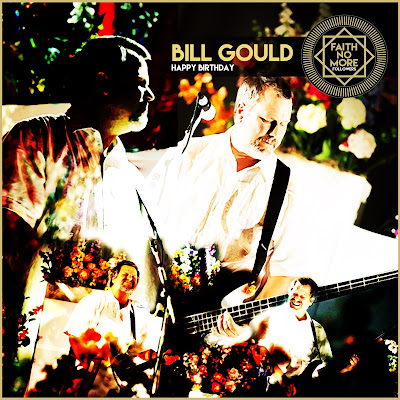 Bill has supported our page and all FNM fan-sites from the beginning, thank you. Here is our tribute the Guero Sin Fe......

Billy Gould of Faith No More returns with his band's first new album in 18 years-and a brand-new signature Zon - with a secret weapon...

'Classic bands', as they must hate to be called, are all the rage at the moment. Dozens of reformed acts of a 1970s or 80s vintage which we could name but won't (m'lud) are currently traipsing the international festival circuit, raking in a nice wedge and phoning in their performances.
But Faith No More are not one of these. Sure, they're all in their late 40s and 50s and comfortably off, but the San Francisco quintet (vocalist Mike Patton, guitarist Jon Hudson, bassist Billy Gould, keyboardist Roddy Bottum and drummer Mike Bordin) have just released a devastatingly good comeback album, Sol Invictus, which is as infuriatingly uncategorisable as its predecessor, 1997's Album Of The Year. How many of their contemporaries can say the same?

Gould is largely responsible for the appearance of the album, producing and engineering it and being heavily involved in the songwriting as well as the day-to-day running of Faith No More s own label, Reclamation Recordings. It's refreshing to hear that a big band can function without a whole crew of people around them, too, "We were kinda fooling around," explains Gould, asked about the genesis of Sol Invictus, "and we had all this gear in the rehearsal room, because I produce other bands. I miked up the drums and they sounded really good in the rehearsal room, so we just kept going and added a couple more mics. After a while we realised that we could actually record an album in there with the stuff we had. No one was in any hurry to bring in any outside people and get them involved.
This also allowed FNM, notoriously a band who refuse to play along with anyone's expectations, an escape route should the album not work out. "Rather than telling people you're making a record and booking studio time and getting into that," Gould says, "we just said, 'Why don't we just do it here and keep it among ourselves?' That way, if we don't like what we're doing, we don't have to tell anybody. Nobody has to be any wiser that we even did it! And forming the label was just the obvious thing to do: we were free to do what we wanted so we figured, as we had recorded the album and done every step of the process ourselves, we might as well keep going."

Bass-wíse, Gould used the same Zon four-string which he's used for many years - but at the same time, his long awaited signature Zon BG4 was in production. It's finally ready, available for around $3,600. "It's pretty expensive!" notes Gould. "Every single one is handmade, though."
The BG4 also features a technical innovation in the form of a circuit that adds distortion to the sound, activated by a selector switch. Visitors to BGM's Facebook page may well have seen a film we made of Gould back in 2013 when FNM played a London show: as he soundchecked, he took us through his clean and distorted tones, aided by effects units. Now all those are done away with, as the distortion comes from within the bass, he explains. "With the switch down it's the bass in its standard, stock pickup sound, and with the switch up, there's a circuit in there that is engaged. It s a drive, but a parallel drive that blends a bit of the driven signal with the original, Just to have it cut through a little on louder situations with a lot of guitars and cymbals."
He adds: "I've noticed that the way a lot of people design basses and bass amps, they sound great on their own and you can hear the full frequencies. Also if you're in a Jazz or funk band, it all blends in really well - but for harder, more metallic music, it disappears. This circuit is a good way to help you get that mid-range cut through."
The distortion requires some serious playing attack before the sound is heavily affected, Gould explains. "If I'm playing with fingers and holding back, I don't want to hear it fuzzing out. It's only really when I drive it hard that you hear the circuit break up a little bit. The problem for anyone who uses bass pedals is that you lose bottom end: when you kick it in, the mid-range does bump up, but the bottom end needs a little adjustment and you re basically there. On this bass, I have my pickups dialled in EQ-wise with little holes in the back, so you can use a screwdriver. I only want a volume knob because I don't want anything else to have to fiddle with, but together with the toggle switch, those are the only two things on the front." 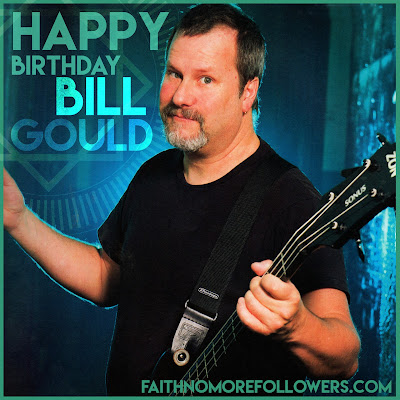 In parallel with the evolution of the new bass, Gould has been overseeing the touring and recording sides of Faith No More, making him as much a businessman as a performer. "The touring is really what takes the most energy," he considers. "We're just starting a tour that's going to last at least six months and maybe longer, but there is a lot of stuff in the day-times of the shows that we have to take care of. It all revolves around the playing, though. The team is small: Tim Moss is our manager, because he used to be our tour manager, and we have a publicist who can arrange our press and a booking agent who s booking our tour, so it s pretty cool. We re not seeking sponsorship from McDonalds or anything!"
How have the members of Faith No More changed after so long away from the recording studio, we ask? "We're the same people," muses Gould, "although we know more because we've been recording a decade longer, but the process is pretty similar. If anything, we checked in with each other a little more during the making of Sol Invictus to see if we were all happy with it. There wasn't a third party: we were all involved in the whole thing."
How did Gould take the pressures of being an engineer and producer as well as bass player and songwriter? "It was stressful, but we know each other pretty well," he chuckles. "It can be hard to surprise each other, that s all. I felt some pressure being the producer, having worked with [unrelated rock and metal producers] Matt Wallace and
Andy Wallace, to have it all on my shoulders - and it had to sound good. We didn't even have a control booth, we just did it all in the rehearsal room. That was a little scary. But our records are always stressful: maybe that's what gives them their magic, if that's the word, and it's also why we don t like to do them that much. It takes a lot out of us. Our songs are puzzles that have to fit."

Talking of flaws, is Gould aware that some of his isolated bass-lines are out there on Youtube for public consumption? He is. "It's a little weird, like being in your underwear," he tells us, understandably enough. "The interesting thing with digital recording is that you can actually see the wave forms of the bass you're recording, and for some reason that makes you focus much more intensely on the flaws. I don't know why that is. As you look at the files, you get really picky."

Well, the pickiness has paid off. Long may we all keep the Faith. 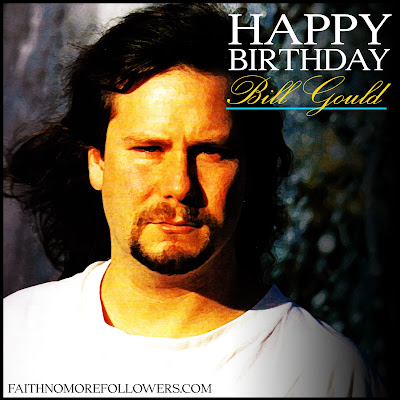 
"When I moved to San Francisco when I was 18, I met Bordin, whose drumming style was totally different to any other drummer I’d known before that. He really got me thinking, because his strengths and weaknesses are different than the average drummer. I learned to work with the way that he works, and we found a way to work together. Even to this day I have a hard time playing with other drummers, because they’re on a different cycle and a different rhythm. He definitely accents things differently. He hits hard, too, and he has a little bit of a delay in his hits which I’ve made part of my rhythm as well. If you delay things and hold them back, they’ll come off a little heavier, and we got into similar stuff together. Even though I’d been in bands for five or six years I’d say that these were still my formative years when I was 18. I was still discovering dub music, for example. Public Image was the first album to me which was groundbreaking.”


“I feel sorry for this generation of kids because they don’t go out to shows and make them events where things can happen. The unpredictability and liability is really the thing, the spark… you know people wanted to see Jerry Lee Lewis, it was a bit of a wild thing, and it’s become very, very controlled now.” 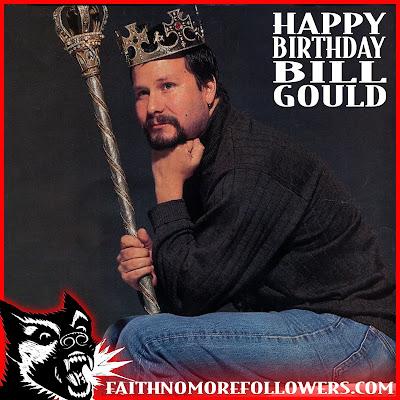 
"It has nothing to do with money or power or that side of things, and let's be serious, if I wanted to make money and be on that side I'd be smuggling cocaine because that's where the big money seems to be at."


"I have this really bad ulcer and when I see a thing that I truly hate, all I can do to soften the blow is face it and come to terms with it. To prevent a flare-up I have to use these methods of understanding and compromise. I can honestly say that Milli Vanilli are helping me cope with life." 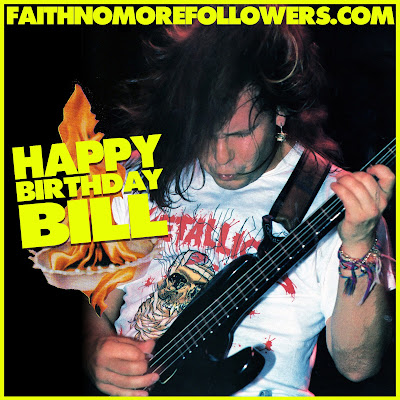