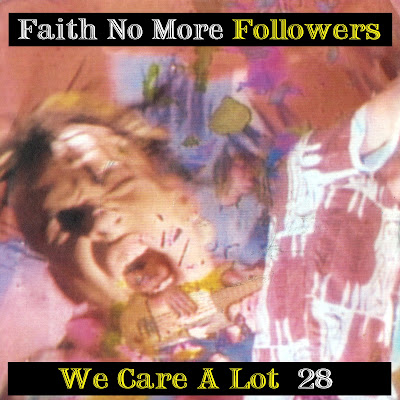 Faith No More's very first single We Care A Lot was released on January 18th 1988.

With its thwacking drums , bass and heavy guitars. Faith No More's debut single, released in 1988, is funk metal with added punk sensibilities -both in the raw, untutored vocals of Chuck Mosley, the manic singer later replaced by Mike Patton, and in its gloatingly non-PC lyrics. A seminal alternative rock song, We Care A Lot still sounds electrifying.


'Faith No More' sounds like the sort of thing an Irish taxi driver might mutter while grumbling about the state of the Church, not to mention traffic conditions and errant pedestrians. But of course we care a lot about Steffan 'Cheeseburger' Chirazi's faves, and it is indeed a powerful performance. Not exactly Metal, but perhaps indicative of the direction rock may take during the next few earth cycles. Explosive, metronomic, aggressive, but with its roots in punk. Well it all gets a bit complicated when you start digging out the influences. Just let it all flow over you and be grateful.

Read all about the song in our in depth article on WE CARE A LOT here! 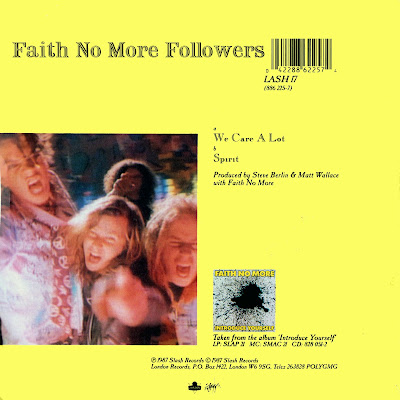 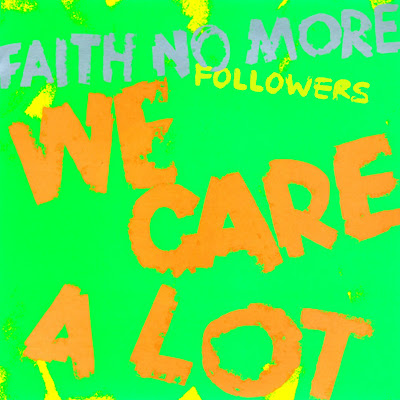