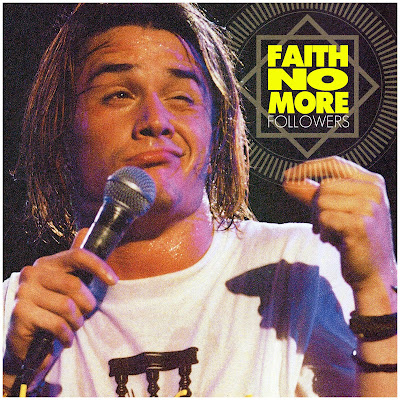 On this day twenty five years ago Faith No More performed one of their most memorable shows at Rock In Rio II.

The first I saw on stage at the monstrous Rock In Rio II festival were Faith No More on Sunday, January 20.
It was a huge moment for the world's best band right now, a culmination of their 18 month 'The Real Thing' campaign in the most spectacular of settings. The Maracana stadium was full. The band were on form. Vocalist Mike Patton was unstoppable.
Patton's become more and more part of the FNM fold over these last few months, and he chose Rio to put on one of his strongest performances yet. In front of 180,000 people, he sucked in the energy and threw it out in a series of charismatic spazz-outs, rolls and jumps including a spectacular one from atop the amps.
Guitarist Jim Martin knew whose hour it was, striding around in total control, not putting a pick wrong, enticing the crowd into his filthy web of activity and personality (they screamed at the merest flick of his arm). Bassist Bill Gould and drummer Mike 'Puffy' Bordin locked solid into a huge rhythmic punch, whilst keyboardist Roddy Bottum continued to prove his indispensability.
At times, FNM's performance reminded me of U2 playing Live Aid... Y'know, that one mighty show that just pushes a band over the edge from being a big act to a huge phenomenon.
The crowd? It was genuinely chilling to see the vast sea of arms wave in unison at the start of 'The Crab Song', while 'Epic' sent them into a huge bobbing mass, Patton crawling along the stage front scaffolding, using every last inch of the boards to make his point.
Faith No Mure ate this show up and spat it right back at the people, almost making the damn venue seem like an intimate club gig, not a vast stadium. In rising to this occasion FNM proved they are really here to stay. 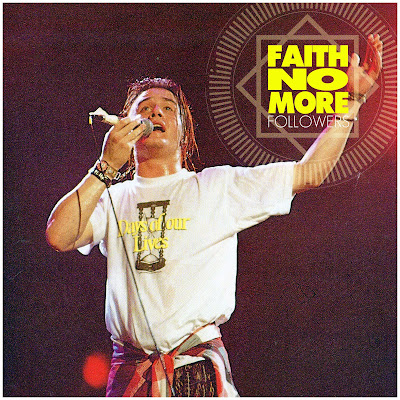 DAY TWO: Saturday January 19.
Emerging onto the poolside third floor terrace to the sound of a half dozen drums the size of tree trunks furiously being thumped by a roving cluster of semi-clad tribesmen — the Rio Palace's lizard-brained idea of the kind of mid-morning entertainment the poolside decadents like served up with their eggs and sangria – the first person I ran into was Big Jim Martin from Faith No More, themselves just arrived that morning from San Francisco.
He was wearing a black baseball cap with the words 'Satanic Gulf’ clearly scrawled in Portuguese across the front. "The guys at Customs just laughed at me when they saw it”, he told me, non-plussed.
RETURNING JUST in time to catch last call at the bar of the Rio Palace, I bumped into Big Jim we shared a glass together. Jim said he was on his way out to see a live sex show. "I just live for naked women," he explained, tugging on his beard, his dark bespectacled eyes fixed on a space about two inches above my head.
But then, as he will be the first to acknowledge. Big Jim Martin is a very sick man and a persistent hankering after naked female flesh is merely one of several more worrying symptoms of a condition , doctors have told him may actually be incurable.
Ladies, he deserves your pity, not your scorn. He also needed someone to go with him to the live sex show but that someone was not going to be me. I was so tired I wasn't fit to shit and the idea of travelling many miles just to watch Jim's glasses steam up somehow failed to appeal. I left the big fella to his ablutions and disappeared to my room. Jim promised me a full report. 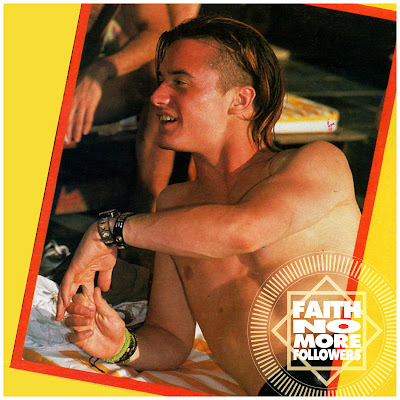 Judas Priest vocalist Rob Halford smears a sweaty palm across his newly shaven and tattooed scalp, and peers up at the concrete monstrosity that is the Rio Palace Hotel.
Who knows, he could be right. Not having been to the Spanish resort myself I'll reserve judgement for now, but if it smells constantly of sewerage and vomit, gives you diarrhoea within seconds, has a virtually worthless currency, is inhabited by violent knife - wielding peasants whose sole purpose in life is to rip of tourists, and enjoys drug addiction, prostitution and murder as its national pastimes, then the comparison is an accurate one.

For the civilised mind the place is a hell-hole, and hardly the ideal venue for the biggest and (for the top performers) most buck-raking Rock festivals in the world - geographically or morally.
Faith No More had it sussed from the moment they hit the stage at the massive 170,000 seater Maracana Stadium. On the two previous nights before their long overdue arrival, the teeth-grinding tedium and sense-torturing superficiality of acts like Billy Idol and INXS had been almost too much to bear: only the superlative axemanship of Latin licksman Carlos Santana had been worth braving the stadium's eau-de-khazi for. But suddenly.'From Out Of Nowhere', there were five slovenly urchins shining like beacons out there in the distance. sounding like an alarm clock during a hangover, and the roar inside the Maracana suggested that the crowd had woken up at last.
Faith No More played the proverbial blinder, Brian, their already considerable popularity in Brazil swelling with every track from 'The Real Thing'. 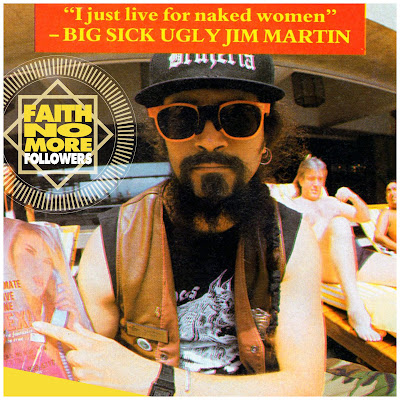