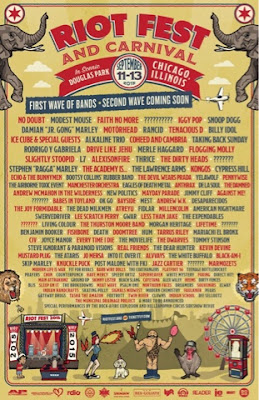 Short set due to some technical difficulties.

Riot Fest 2015 day one: Motorhead tough to take while No Doubt is less chirpy and more assured
By Kevin Williams

Faith No More is one of those bands that challenges critical integrity, because many wouldn't cross the street to see them, yet the group is brilliant at what they do. Think of a Faith No More set as an Italian opera in which the tension ratchets higher and higher, until at the end the fat lady doesn't just sing ... she explodes. The hooks swing for the fences, and every rock star visual accoutrement is present, from a showy drummer to a keyboardist who presents even the most rudimentary chord with a flourish. Everything is drum-tight and stylish, right down to the perfectly timed screams of excess. There's so much to admire about a pro band being its brilliant self, once you banish that wee voice in the back of your head, saying, "But I don't LIKE this stuff." Which isn't the point. And it was all going so well until that cover of "Easy," by The Commodores. 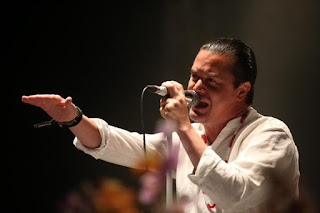 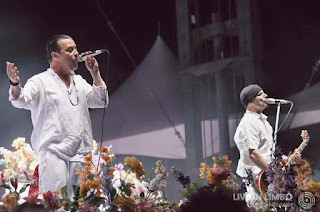 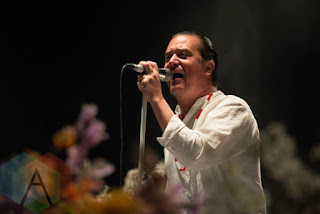 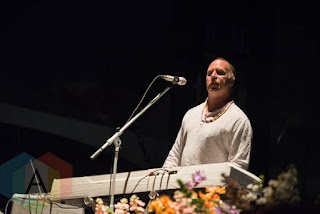 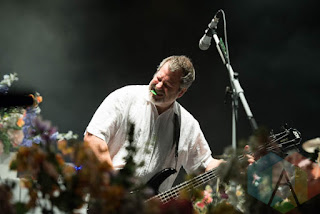 The highlight for me was the second Chicago appearance by FAITH NO MORE this year, the first of which my wife and I attended back in May. Now, if you're reading this, then you might already know that FNM is my favorite band of all-time, and thus the only band whose entire set I caught for Day One of Riot Fest. There were some technical issues that delayed the start of their performance and some alterations to the planned setlist, but it was still good. Not as tight as when I'd seen them last, but still excellent. 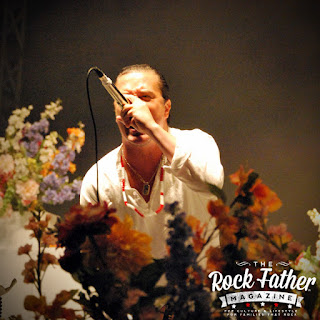 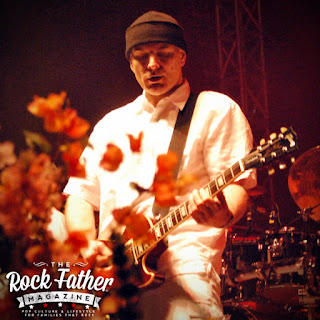 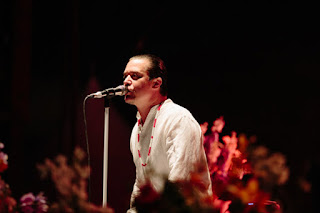 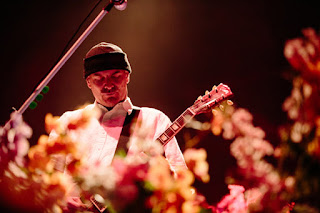 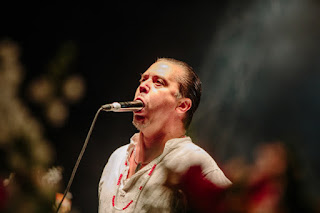 Some bands reunite and you can tell it is just for the money, and then some bands reunite and it is like time stood still and they are just as good as ever and their new material is up to par with the classic record of their past. Faith No More falls into the second category. Despite at one point complaining they were having trouble playing due to sound bleeding over from other stages of the fest, that didn't stop them from a pretty stellar performance that mixed some of their new songs with many fan favorites. The stage was complete covered in flowers so the band appeared to be playing in some sort of garden It made it kind of hard to see them at times but man did they play a good set. Hopefully they are back for more than just this new album and tour and they keep at it, they certainly still have a lot to offer over 25 years after they became a household name during their run in the late 1980's/early 1990's. 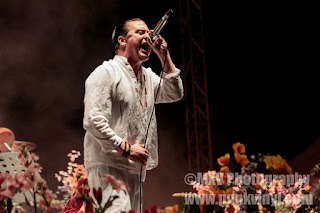 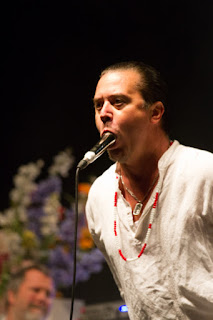 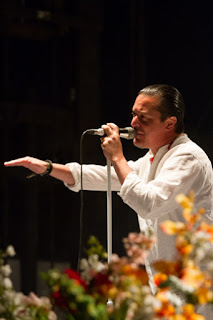