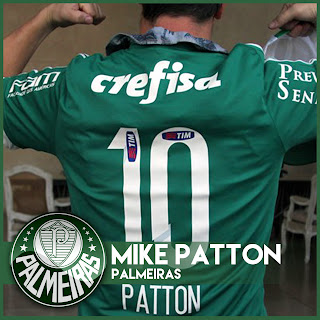 At the airport in Sao Paulo an fan presented Mike Patton with a football shirt form the local team Palmeiras.


Just recently Bill Gould mentioned in an interview that his team were Palmeiras but Patton ellaborted a little more in Brazil yesterday.

The musician Mike Patton, lead singer of Faith No More, posed with a Palmeiras shirt before the band's show on Thursday (24), in São Paulo. Patton, who is known to enjoy the Brazilian culture and speaking Portuguese, performs at Rock in Rio World Stage on Friday (25), at 22.30, ahead of Slipknot, the main attraction of the day.

"What a wonderful shirt! I love this club and to blame for it are Igor and Max Cavalera," Patton said, referring to the founding brothers of the Brazilian metal band Sepultura. 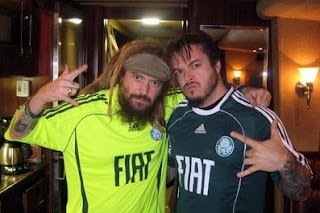 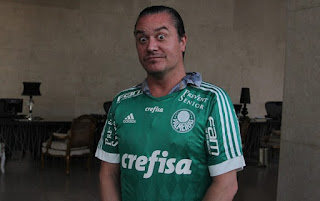