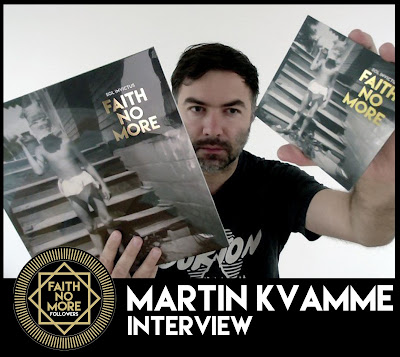 Martin Kvamme is possibly most original creator of album covers in modern design history and working in this field today.

His work with Ipecac on various records is outstanding, from the beautiful and detailed Tomahawk's 'Mit Gas' to the uniquely delightful 'Solitude Of Prime Numbers'. Martin's art is stunning for many reasons; his attention to detail, his remarkable vision, his use of usual imagery coupled with perfectly engineered text and design. However the creativity does not stop there as the physical design of the package and the texture of the card it's printed on are all considered to produce three dimensional art. As you can tell I'm a huge fan.

I interviewed Martin, asking him about some of, in my opinion, his most stunning album covers.

Today Martin celebrates his 40th birthday and in honour of this we are happy to share that interview. 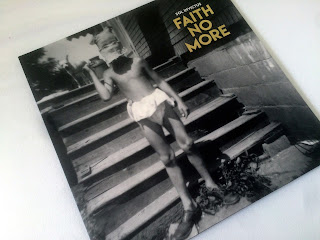 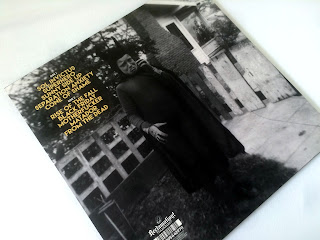 The most recent album cover by FNM stands out from their back catalogue solely because of Martin's design flair. A selection really cool images, that are put together quite elegantly.

Firstly thanks for taking time to chat. Due to your history with Ipecac it seemed you would be the obvious choice for the new FNM record. How did this collaboration come about?

I didn't do any of the singles (Motherfucker + Superhero), but got asked to do the album. ...and I’m really happy they did! A great album and great guys!

Your innovative design is very different from FNM covers thus far. How do you feel your art fits in alongside the other album sleeves?

I think it fits quite well along the rest of the catalogue. Its quite simple and minimalistic, it has a 'modern' typography, but also timeless. Its kinda how I look at all FNM covers.

You used a photographs taken from the Ossian Brown collection  'Haunted Air' in your design. These images coupled with the gold lettering perfectly compliment the music and there is a real sense of Gothic majesty. Was this inspired by the music? And were FNM involved in these choices?

Well, the images were curated by the band, but the idea of using gold came about as we felt it needed a touch of royalty / elegance. Also I thought it brought a bit of '2015' into the packaging. Not that gold-foil is a new idea, but it kinda stamps the hard lettering / modern times on top of the images, and kinda gives it a second layer. 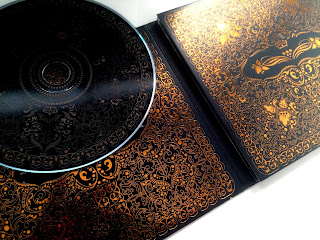 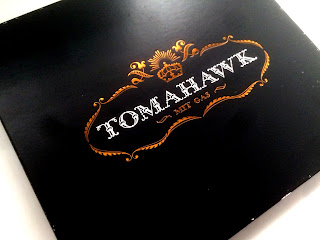 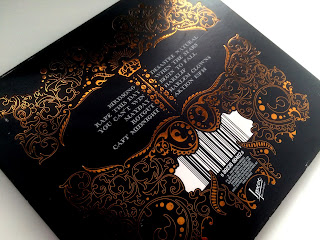 In 2003 this album cover really blew me away, it is still my favourite. It is rich in detail and textures, particularly the foil effect, something that has become a somewhat a trademark for your work. Is it true your grandmother's clock inspired this? And are such memories where you draw a lot of your influence?

Yeah, the inspiration comes from my grandmother's clock. Its not a copy of that clock, but I remember thinking, 'It could be nice to make a digipak with massive ornaments on every panel'. It was the first time I tried the gold hot stamp printing, and I remember the printers said it was impossible due to all the details. But we went with it regardless. I was quite happy that it turned out OK...! 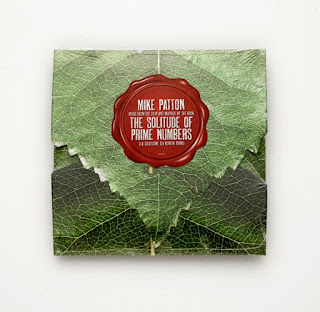 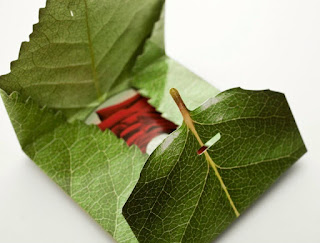 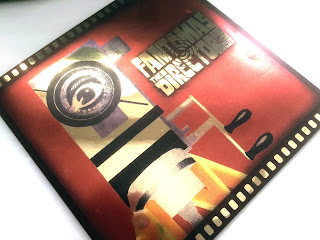 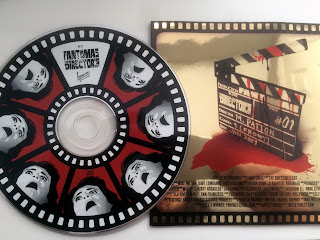 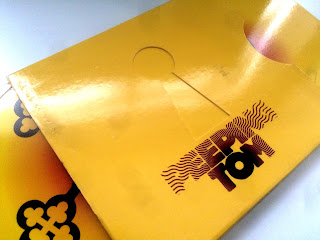 If I'm not mistaken the first Mike Patton album cover you designed. Like the album itself your design here is very much a homage to horror movies. That great image from Dziga Vertov's 'Man With A Movie Camera' is very haunting. When drawing inspiration from other artists such as here and on the Peeping Tom album how much do make it your own?

It's been a while since Director’s Cut and Peeping Tom, but of course we look for inspiration all over the place. Also historical references. With Directors Cut, I can't really remember the process that well anymore, but Peeping Tom was based on the packaging idea (Burgopak system) that I saw used some years before the release. We took it a bit further by die cutting the front and used it more three-dimensional. I like taking a standard packaging system (could also be a regular digipak) and changing it slightly to give it a tactile and new look.
This cover is really good example of your attention to detail not only in the images but with the text / fonts also. How do chose what text design to use? And do you create your own in most cases?


I usually start with a font (or get inspired from old lettering, like an old movie poster), then alter it slightly. I think it's nice to have logotype that you don't find online. I don't do it all the time, but if it suits the project. 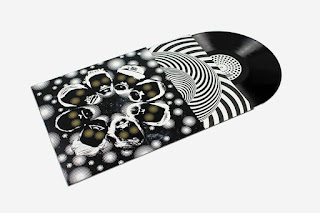 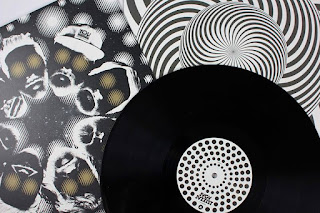 Not a Patton album but I felt I had to ask about this fabulous design. Is their a sense of pride working with a Norwegian artist?

Norway is main market, and to work with Jaga Jazzist / Ninja Tune (and A-ha) is of course really cool! I work with, and like, all kinds of music. From classical and soft pop to the grimmest black metal. I find it interesting do design for different genres, audience and buyers. If I meet new people, young or old, in Norway and talk about CD design, most of them own at least one CD I have designed. That is of course fun.

I have seen a photo of the group with a member wearing a Mr Bungle shirt, and the music itself is within the same contemporary genre. Do you find yourself drawn to a particular style of music more to collaborate with?

As I said, I like working with all kind of genres, but I find the alternative / avant garde genre the most willing to try an interesting design. In that case, Jaga and Patton are quite similar to work with.

As with your album designs you have yet again pushed the boundaries of conventional design by using optical illusion. Do you approach every album with the notion of doing something extraordinary?

Not all artists wants something extraordinary. It could be an image thing or purely economic, but I approach every job with the intention of doing it as good as possible. The good thing is that artists seem to be willing to invest more to create a nice LP release.

Which is your favourite album cover you have designed?

The proper answer would probably be 'my next album cover' ha ha. It 's hard to pick just one, but 'Mit Gas' is definitely one of the first I really felt came out as I wanted. So let's say Tomahawk 'Mit Gas'.

What are you working on at the moment?

This is true... I just saw that I have a missed a call from John Erik Kaada ... Lets hope that he has something going on! I'll call him back when I have finished this interview!

I think your style would translate perfectly into film or animation. Is this something you have or would consider in the future?

My younger brother does animation and motion graphics. We have done some small projects together, but have not had the opportunity to explore it properly... time will tell...

Check more of Martin's designs on his Facebook page.