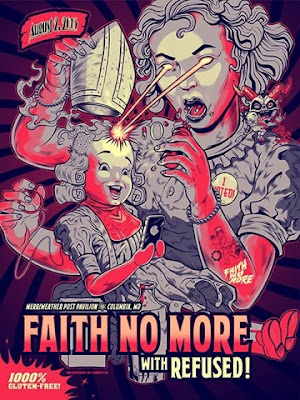 Roddy sits down with Mike Patton to discuss Patton's ability to learn new languages, synesthesia and Lump the bus driver. 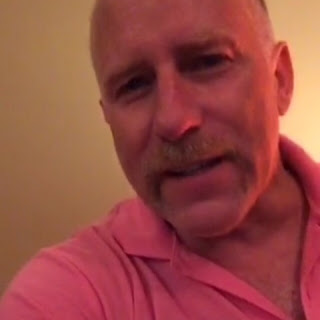 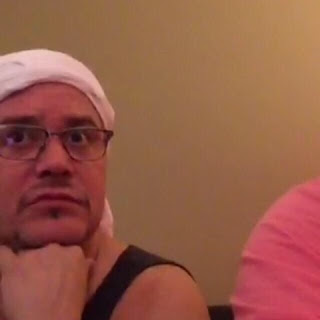 The set list included RV, the first time the song had been played on U.S. soil since 1993.

Rise of the Fall
RV
Just a Man 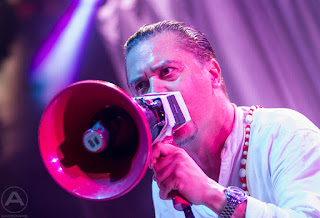 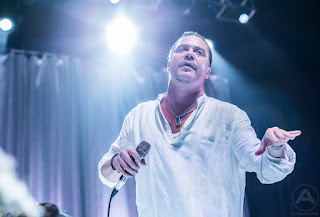 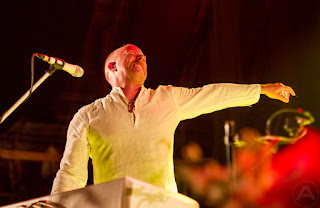 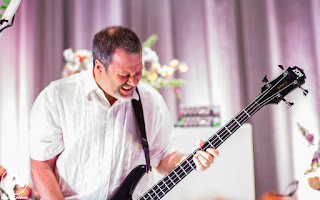 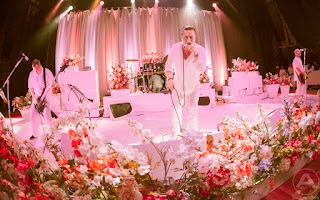 The second biggest surprise of the night occurred during the three-song encore, which included the live rarity “RV.” A geeked-out crowd provided backing vocals while Hudson laid out the tongue-in-cheek country riffs.

There were a ton of highlights and a few surprises during the band’s stop in Columbia. But undoubtedly the biggest surprise was that the show occurred in the first place. Perhaps the band will come back to the area for another round soon, or maybe it will disappear for another dozen years. Neither would shock at this point. After all of these years, the only thing to expect from Faith No More is the unexpected.

And just after 9:30 p.m., FNM’s notorious frontman Mike Patton took the stage to cheers for their first D.C.-area show in nearly 20 years. The group began playing shows again in 2009 after a decade-long absence, and over the course of 15 songs and a three-song encore, the dedicated crowd of fans got the reunion show they’d bargained for. The band’s locked-in professionalism provided a backdrop for Patton’s spastic stage antics, stalking around in circles on stage, wailing into a megaphone and grinning with his tongue out. (We’d like to think he was reminiscing on the weirdo pranks he used to play on Axl Rose. Google them.)
In a ballsy move, Patton and co. brought out their mega-hit “Epic” just five songs in, leaving the rest of the set for the diehards. Naturally, most of the crowd stayed put, and were rewarded by an encore of two rare Faith No More tracks: “Rise of the Fall,” in its first ever appearance outside of Germany, followed by “RV,” which FNM hadn’t played live since 1993. 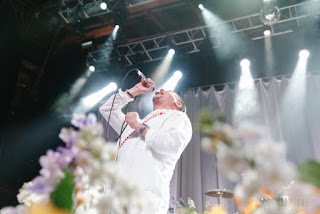 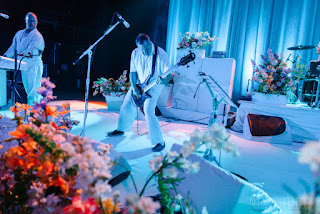 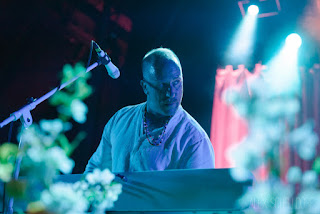 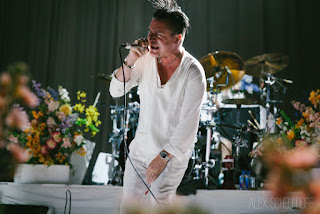