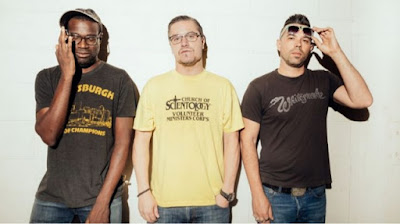 
Doseone has already collaborated with Patton on the Peeping Tom album on the track 'How You Feeling?'. And again in 2008 on the score to Alan Moore's audiobook version of 'Unearthing'.

NEVERMEN was discussed in an interview with Doseone in 2009 but has vaguely been mentioned since.

In 2011 Patton was asked about NEVERMEN in an interview by Movie Web.


"Not sure when it's hitting. There are just a few tunes that are completed, now. It is something that we are all working on in our spare time. It's one of those things that has involved quite a bit of editing and studio trickery. Its basically vocalists that are also doing programming. We've done a few sessions together that were pretty loose, and pretty improvisational, really. Now, we are becoming surgeons in turning these sessions into quote-unquote songs. But its very vocal based. There are also a lot of electronics. But its not completely apparent yet, what it sounds like. Not yet. I can't tell you. It certainly doesn't sound like anything else I have ever done. Not quite."

In 2012 Doseone was asked about the development of the project on Les Chroniques Automatiques and his response was this:

"Yes ! Well the only rule in Nevermen, it’s like Fightclub : Don’t rush the fuckin’ music. (laughs) So we are taking our time. But its coming out ! I hope it will be released this year… You can guess that Mike Patton is busy, so what happen is, that it’s just the three of us on vocals, and Patton and me are producing it. So right now I did all the initial work, and I gave it to him. So we’re waiting on Patton to give it back. And after we will do another round of singing… In this record, there are no solos, everything is done with the three of us. All the singing’s shared and together. I think we don’t even do a whole verse alone. Basically, you know how Clouddead worked? Well I tried to take what I learned from that, and make it perfect. For people like you who like Mike Patton, Tunde and me, I want your head to explode, like “aaaaarg yes its everyone !!” (laughs). But we really want to take our time… we don’t wanna rush it. We don’t wanna do like the N.A.S.A dogshit record (laughs)."

The unlikely union of TV on the Radio singer Tunde Adebimpe, Faith No More frontman Mike Patton and rapper Adam "Doseone" Drucker – who call themselves Nevermen – will finally release their years-in-the-making self-titled debut this fall. But for now, the trio is teasing the album with the quirky, cinematic avant-pop single "Tough Towns." Five minutes of eerie synthesizers and understated hip-hop beats, the song boils down to a single sentence that the singers all recite about persevering out of a small town: "It's where everything you never want keeps coming from.""'Tough Towns' is dedicated to anyone remotely young, feeling inexplicably inspired in the 'nowhere' they are from," says Drucker, who was born in Napa, Idaho, but grew up bouncing around between New York, New Jersey and Philadelphia. "May you soon escape with style into elsewhere." 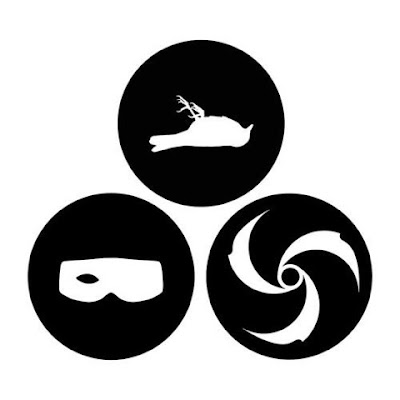