FAITH NO MORE | A SMALL VICTORY 23 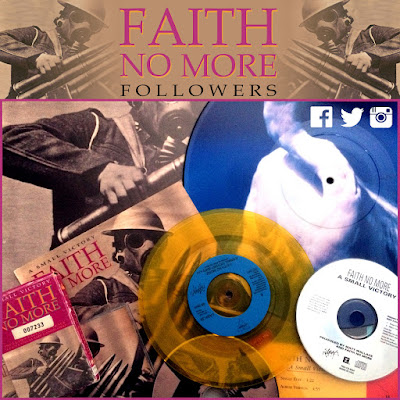 On this day in 1992 Faith No More released 'A Small Victory' as the second single from 'Angel Dust'.

A Small Victory is the tenth track and the second single from Faith No More's fourth studio album Angel Dust. It was released as a single on August 3, 1992 in Europe and 16 days later in Japan. The song was later remixed by Youth of Killing Joke. This remix was released on September 1, 1992 in Europe, and almost two months later, on October 29, 1992, in the USA. It was their last single to chart in the Billboard Modern Rock charts, peaking at #11. It was one of their lowest charting singles in Australia, only making it to #84 on the ARIA Charts. 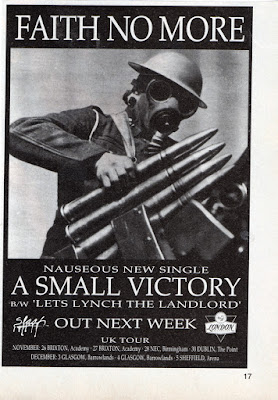 In the 90s bands in the UK like The Stone Roses and The Happy Monday's experimented with syncopated dance rhythms, sampled sounds and synthesisers combined with live drums and guitar. Indie rock was a new scene (predominantly in the North of England) that inspired a generation. Of course Faith No More were creating a very similar vibe over the pond a few years earlier.

The modern genre of popular 'Dance' music is not commonly associated with Faith No More. However there are songs on the album 'Introduce Yourself' that lean towards this most often synthesised sound. 'Chinese Arithmetic' and 'Anne's Song' in particular have such a feel, the later actually including a 'dance remix' on its b-side. The drum patterns, bass grooves and keyboard sounds in these songs aren't that dissimilar from those sampled in popular dance of the same era.
Roddy Bottum is possibly the reason for such sounds citing albums by Kraftwork as an influence.

It wasn't however until 1992 and FNM's influential album Angel Dust was released that we truly heard song that would flirt with the elements of dance.

'A Small Victory', the second single to be taken from the album, is the closest to 'pop' music FNM have ever sounded. The oriental keyboard and guitar duet sails away in lavish melodic spirals. Bill Gould's repetitive bass line swells and bounces characteristic of dance music. The punchy and always swinging beats by Mike Bordin add to this momentum yet the familiar pounding of toms and crack of a snare does root the song in rock. In the same way even though Jim Martin's guitar melodies are much lighter there are still parts of metal chug and crunch. Mike Patton's main vocal line is the closest to his 'Real Thing' voice on 'Angel Dust' following the keyboard melody. It's the addition of 'whoops' and various Patton-esque noises that can be likened to the often simplistic vocals in dance music.

In the song there are several sections where the band's experimental genius stands out. These sections include an array of samples (including what sounds like a cash register) that would be at home in any pop dance number.

It's no wonder that FNM passed this song on to Martin Glover, aka Youth, of Killing Joke fame to create a remix. Youth turns 'A Small Victory' into a dancefloor classic adding great parts of his own whilst highlighting all the dancy elements from the original.

When Faith No More presented 'Angel Dust' to their record company, they were less than enthusiastic and expecting 'The Real Thing' part 2. One phrase they used to describe the album's content was 'gratuitous sampling'. It is true that this album stands alone in the bands catalog as the album that contains samples, and there are a lot of them, however they add to the overall sound and its hard to imagine the album with out them. 'A Small Victory' often referred to on set lists as 'sample' contains more than any other on the album, adhering to the 'dance music' theory.

Public News: One song that kind of separates itself from the others is "Small Victory." It has a
lot of radio-friendly samples and sounds a little poppy. Were those samples
premeditated or did they just fit?
Roddy Bottum: Yeah, they just fit the song. It's the most radio-friendly song we've ever done. So we looked for samples along that vein. I think that it went really well although it
doesn't get much friendly airplay.

"The break in 'A Small Victory' is very typical of using sound sources and being a more rhythmic keyboard player. In that particular song, the sound sources were things as opposed to programs, strings or pianos. Most of that stuff was recorded with a DAT player, just whilst wandering out and about, and then I put them into the keyboard itself." 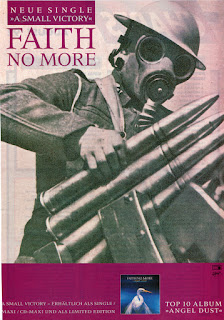 Mike Patton on the the lyrics published on OldFNM.com

"It's kind of about, well my dad was a coach, so I grew up and I always wanted to win. And well, I found out that I just can't win every game… darn it."

The video was directed by Marcus Nispel (C&C Music Factory) and is an extreme departure from previous videos. A lavish and abstract film featuring references to war and torture with rather dramatic close ups of the band.

"It's totally different than any video we've ever done; 'A Small Victory' is pretty much a dance song more than anything, it's the most extreme we've ever taken that, so we had to have a visual to complement it."

"We also wanted something very slick, something that looked really well-done, no tricks. The last video ('Midlife Crisis') was beautiful looking but it had a weird
photography style and a weird kind of color."

"Think of a Madonna video but see us in it instead. It doesn't make any sense, but at the same time it's perfect."

The cover is a vintage world war 2 photograph of a soldier loading shells which originally featured on the cover of Life Magazine in 1939. Interestingly this wasn't their first choice.

Patton, who has the attention span of a gnat, suddenly springs to his feet, and invites me to inspect a couple of new books he's acquired. The first, a pictorial collection of embalmed bodies lying in their states of grace, is titled Sleeping Beauty. An assassinated family, feahired therein, is being considered for the sleeve of the next single, 'A Small Victory'. 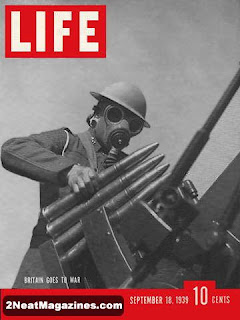 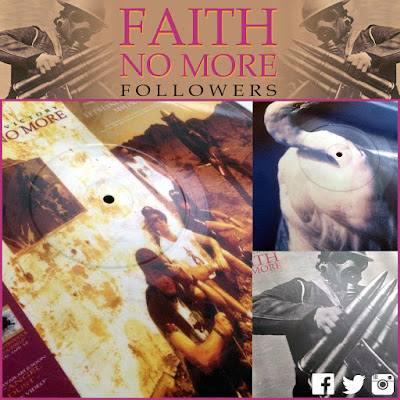 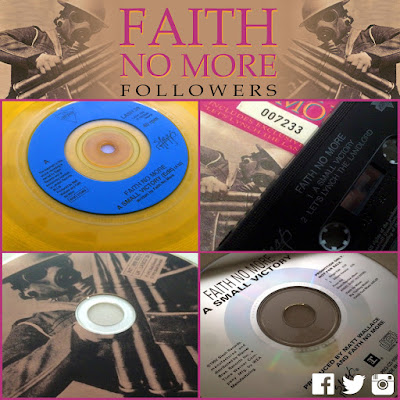 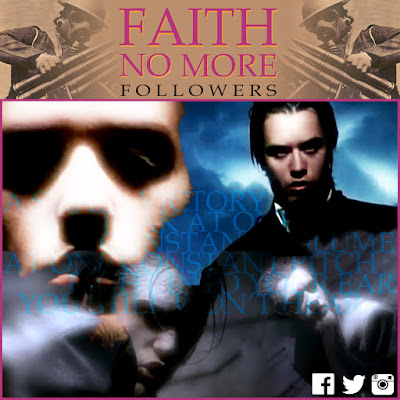