GIRLS ARE OK......BUT THEY'RE NOT THE REAL THING | Story Behind The Shirt 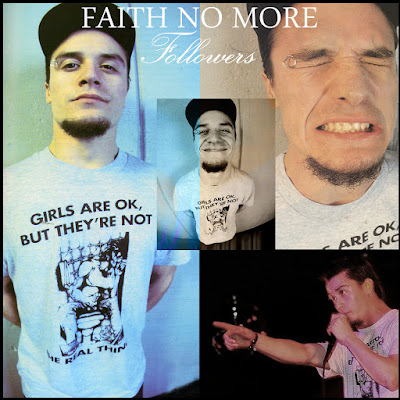 Members of Faith No More have always had a unique wardrobe, not designer labels but everyday thrown together garments that fans are desperate to their hands on.

Remember Mike Patton's 76 gas station baseball cap? Or the Texaco shirt?
However it's the t-shirts that the FNM frontman has worn that we crave the most. The Mr Bungle shirt in the video for 'Epic'. The Duh shirt advertising Greg Werckman and Dean Menta's band. The Deadhorse 'Farm 666' shirt.

Non seem to be as popular however as a shirt that bares the slogan 'Girls are ok....but they're not the real thing'. Ever since photos appeared as part of a feature in Sky magazine in the summer of 1992 fans have been dying to have that shirt. Where did this shirt come from? 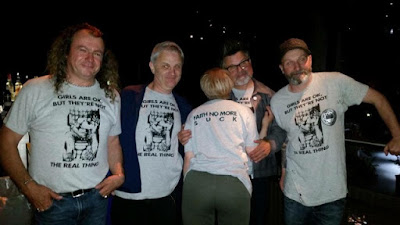 While hanging out in VIP (which was very cool) on at the Roundhouse show a group of six or seven guys all strolled into the bar sporting that very shirt! I couldn't resist approaching these wearers to find out more.

Let me hand you over to long time super fan Kerry White to explain further.

That T-shirt! Where did it come from and how did Patton come by it?

I had them printed in 1992! The Tom of Finland-esque print is adapted from an old t-shirt I got many years before from Frisco Leathers in the Great Gear Market in the Kings Road London,  I already had a bit of an idea regarding the ‘Real Thing’ play on words the shirt contains and the picture seemed appropriate! It was a bit of a labour of love sizing up the picture (the picture on the original shirt was far smaller) and this was before the advent of computer scanning! I can’t remember how many I had printed, maybe 20 or so...some of them had the back print, and some of them didn’t. It cost quite a lot of money to do, so I had to take orders from all those who wanted them amongst our friends, (the old skool FNM followers – you know who you are, guys!) and charge them a £10 each...that was quite a lot of money back then! It sort of followed an old tradition amongst us early day followers for finding novel ways to stand out (and pass the time between shows) on the tours; I remember earlier handmade badges crafted from a badge kit and each had a different band member’s face!  I kept back 5 of the shirts for each member of the band and handed them out to them, we’d been going to see them since 1988, so we got to see them as familiar faces quite a lot – and that’s how Mike Patton got his.

Did you have any idea how famous it would become?

I spoke to one of your group, Andy, at the Roundhouse - night two was his 98th FNM show! What do you all love about this band so much to continue to follow them with such passion?

I think there are a couple of reasons. Firstly, concerning the band themselves; in over 80 times seeing them I’ve never seen the same show twice! They are completely original, the music is phenomenal and they never, ever look like they are ‘going through the motions’ on stage. They are also super nice people, and we’ve had so many laughs together, going back years! Also, they are the same age as us, so I guess we hit it off just by virtue of that!
Secondly, the upshot of following a band on tour is that you also bond with the other guys doing the same thing – from all over the UK! Us old skool followers have all remained close friends, even though we don’t get to see each other nearly enough – when we do, we have the best time and continue to share the FNM experience.

Which tour holds the fondest memories? And if you could jump in Bill AndTed’s phone booth – which show would you re-visit?

That’s almost impossible to say! They’ve all been great! One of my favourite tours was the UK tour in May 1988, when Chuck was in the band... they played really small venues like you wouldn’t believe, and we usually got to see them sound check, too, just by wandering into the venue early! I also have fond memories of the first shows with Mike Patton especially the October 1989 UK tour where we really solidified our friendships both with the band and the rest of our gang of followers.
The show I would re-visit would be the one at Subterania, London in November 1989...for no other reason than because it was on my birthday and I got invited on stage to celebrate!

How do you feel tour Sol Invictus measures up next to the shows of the 90’s?

The band are still phenomenal and continue to come up with unexpected ‘challenges’ in a live setting, from the bands they  choose to support them , to the ‘edits’ they sneak into their songs, just like they did in the 80’s and 90’s! The only thing that is different is that we are all 20 plus years older; as fans, you are more likely to find us in the balcony than in the mosh-pit! Ha!... The Sol Invictus tour was awesome! 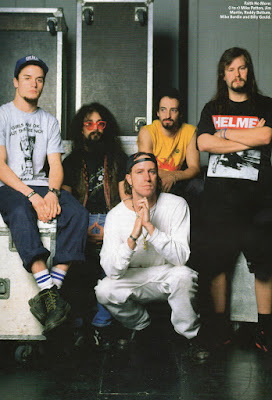 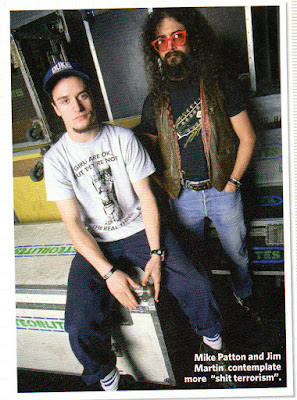 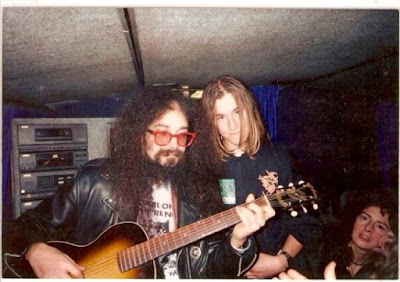