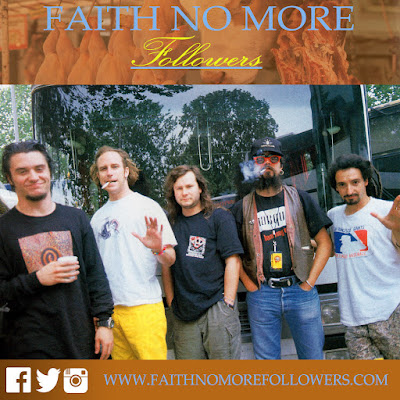 Our favourite Faith No More journalist Steffan Chirazi writes here for RIP magazine in a classic article from 1992.

You wouldn't expect it to be any other way. Chaos is abundant, voices are constantly being raised, people are destroying their apartments in anger, and the music is wickedly diverse and loopy.
"There will be no middle ground for this album," states FNM bassist Bill Gould. "It's either gonna be absolutely huge, or it'll bomb wildly, be a total fucking flop."
Faith No More are mixing their fourth album, Angel Dust. The whole lot of them are fretting over nothing, guitarist Jim Martin's been in the doghouse since before Christmas, and the inner turmoil the band has always been eager to dismiss as "media hype" in the past is a huge, dirty fact, inescapable and intrinsic to FNM's work. They need to piss each other off, and manage to in consistently fine fashion.

Thank goodness they hate each other right now, because that just means things are clunking along like they always have. And if they sometimes seem like monkeys trapped in a cage, tossing shit and screeching at each other, well, you know the old saying, "If it ain't broke..." 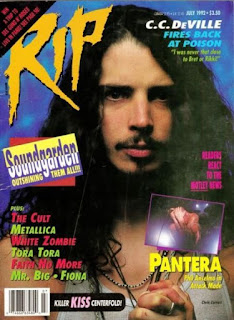