FAITH NO MORE | FALLING TO PIECES 25 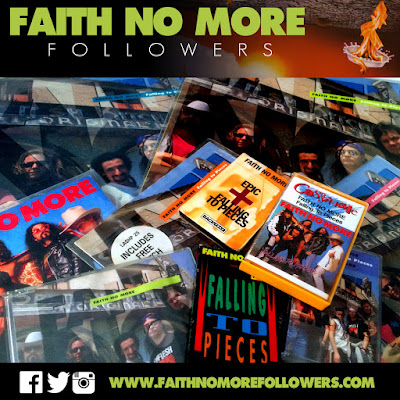 On this day in 1990 FAITH NO MORE released their third single from 'The Real Thing', Falling To Pieces.


One of their best known hits, peaking at # 92 on the Billboard Hot 100 and #28 on the Mainstream Rock charts. Despite its success and unlike other of the band's hits, the song did not go on to be a live staple, appearing very rarely in concerts after their appearance at the 1993 Phoenix Festival, where Billy Gould announced "this is the last time we'll ever play this song again" right before the song. During Second Coming Tour the band picked up the song again and performed it at least once, at a concert in Rio de Janeiro in 2009. 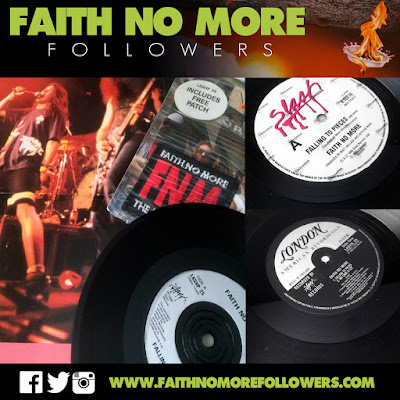 For a while in early 1989, it looked as if the album might disappear from the record company release schedules for ever. Recorded quickly at the tail-end of 1988, 'The Real Thing' was ready to roll by January of the following year. However, problems with the cover artwork, Jim Martin undergoing surgery, and Patton suffering from 'an untimely accident' meant that there was a real danger that the band might disintegrate. "I don't think it ever reached the point where we would actually break up," claimed Roddy Bottum. "Where we say, even to ourselves, 'Oh God, this is too much. Let's quit!'"
Talk of the band disintegrating abounded each and every day, and the members were open about the problems: "The truth is," explained Bordin, "we do have problems.
But what the f**k? Do you want me to tell you everything is wonderful and we all love each other? That's bullshit when bands say that."
The honesty with which the band could explore their own troubled psyches in a song like 'Falling To Pieces' was unusual and inspirational. Patton, who was constantly
being harangued for his brattish behaviour, was obviously trying to turn off from the stress when he wrote the lyrics: 'Layin' face down on the ground/My fingers in my ears to block the sound/My eyes shut tight to avoid the sight/ Anticipating the end, losing the will to fight.'
Patton was young, in a band, and devoid of any sense of responsibility to the point where he'd switch off from anything he didn't want to hear. Why should he listen to anybody? Only a year before Patton had been an unknown in a small town in Northern California, had never
lived outside of his parents' home, had never even flown on a plane! Now he was the singer in a band that was opening for Metallica in front of 10,000 people. The contrast was stark.

Recording:
The number was recorded as part of
the sessions for 'The Real Thing'
during December 1988 at Studio D
in Sausalito, California.

The album was produced by the
band and Matt Wallace.

The first Faith No More album to be released in the UK was 'Introduce
Yourself in 1987. The album featured the hit single, 'We Care A Lot', and was the last FNM recording made by original vocalist Chuck Mosley.
With Mike Patton in the ranks the band spent much of 'The Real Thing' tour opening for Guns N'Roses. They all agreed they hated the experience! 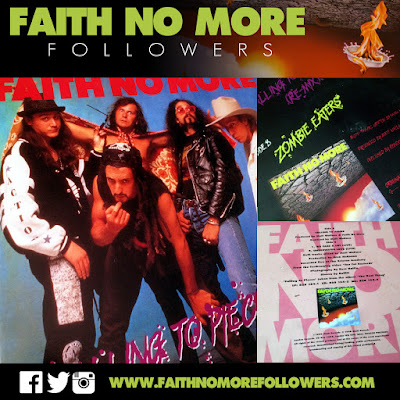 Labels: 1990 Faith no more Falling To Pieces The Real Thing