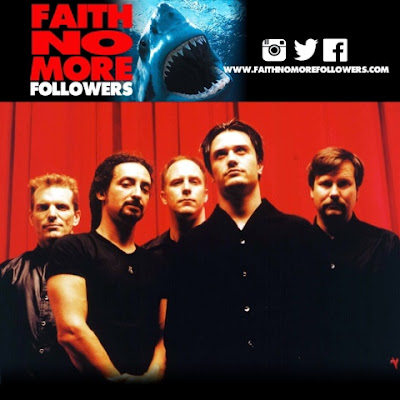 A: I keep getting asked this and I can never remember for sure. Maybe the 'Star Wars' soundtrack, which I remember getting pretty early. That was really cool and atmospheric.

A: A Jerry Read record I got a couple of weeks ago. He's an American country singer and he's amazing. He was an actor for a little while, and he's a pretty sick guy.

I love going into record stores and knowing that something in there is going to change my life. It may take 15 minutes or it may take 3 hours, but I've got to find it. It could be a Cuban record, or a Mongolian throat record or whatever - and it has been al of those things at some point. That's a sport of mine that I hope I'll never give up.

Q: Record you'd put on before a night on the razz?

A: I don't have nights out anymore! I'd listen to a new age piano player called George Winston. He's terrible, and he would put you to sleep - which is my idea of a good night out.

Q: Record you'd put on after a night on the razz?

A: Maybe something by Burt Bacharach. If you don't like his stuff, you don't know shit.

A: Any sleeve of an Ohio Players record. They're a 1970's funk band and they always had really foxy covers. The music was just okay, but the covers were great.

A: The Melvins - Ozma, The Boredoms - Super Roots and Drop Dead by Siege. I don't listen to any contemporary alternative rock - it always surprises me when people talk about rock and then mention someone like Supergrass. If that's rock music, then I have no idea anymore. That's pretty pathetic, isn't it?

Q: Have you ever bought a record based purely on the sleeve?

A: Millions - that's instinct. Most of the time you're wrong, but sometimes you discover some of those life changing records that way. A while ago I got this 60's TV soundtrack by a German guy called Peter Thomas, which had a nice looking space ship on the cover. It was unbeleivable. When shit like that happens, it gives you faith in the fucking human race.

Q: Record you'd love to have guested on?

A: Frank Sinatra's No One Cares. I'd have played bongos on it. I've appeared on a few people's records - collaborating can be a really great thing. I did a couple of songs with Sepultura and that was good fun.

Q: Record which changed your life?

A: There's so many - all good records should. Maybe an album by a Brazilian singer called Joao Gilberto. I never heard records and thought 'Hey, I want to sing' but hearing that record changed the way I heard the recorded voice, and I wanted to change the way I recorded.

A: That's a tough cookie. I really want to like techno and jungle and al of that shit, but I walk into a store and always strike out. I read about things and I spend money and I always pick up these fucking loser shit records. I hear stuff on th radio, but they never say what it is. I've bought stuff from a Rotterdam group called Euro Masters which is great, but other than that...write me out a list of cool stuff because I'd love to know!

A: Now about a band called SPK, a great early 80's industrial noise band. Or an English industrial band called Nurse With Wound. They were really great, and everyone should check them out. 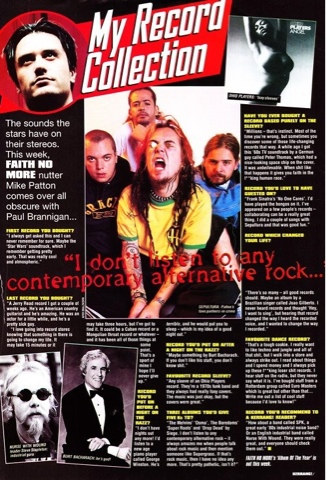