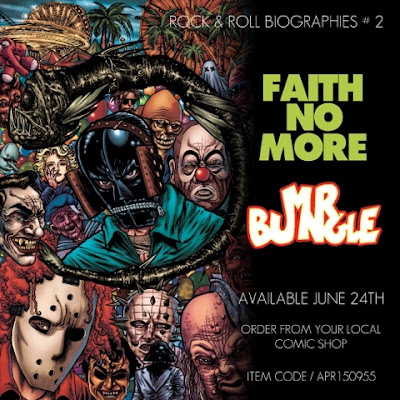 
In August last year I quite randomly came across a hand drawn sketch of a menacing looking Mike Patton. Immediately felt this was part of some thing much bigger and after a few emails I knew everything.

I knew there was this crazy talented comic book illustrator called Matt Jacobs who had worked on a Tomahawk video and had a creepy fascination with drawing Mike Patton. I knew a geeky looking dude called Mike Wellman had written what promised to be an amazing script for a Faith No More / Mr Bungle comic book, and was rather scarily an American doppelgänger for myself. We all chatted about our love for these two bands, sharing FNM related stories which I guess made us Facebook buddies, pen pals.......bros! These great guys then landed me an exclusive interview with director Vince Forcier as the video for Tomahawk's 'Southpaw' was unleashed. 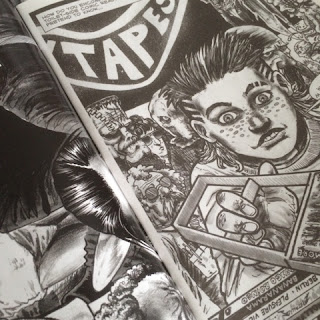 As our friendship grew so did the comic book and I sat at the edge of my seat and watched this idea evolve. There were ups and downs like in any project driven by such passion. An artist was lost, the awesome Sinclair Klugarsh, who's Mr Bungle art is sensational and also went on to design the very first 2015 FNM tour poster for the Vancouver show.

Matt and Mike however pressed on, and to my joy they were including me more, asking for bits of advice and plundering my extensive FNM magazine collection. 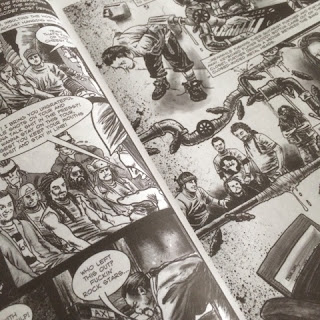 10 months after I glimpsed that first Matt Jacob's sketch the finished comic book finally arrived and let me say it is cool as fuck!!

Mike's story for the FNM half is witty, intelligent and direct. It will be familiar to almost every oldskool fan, detailing a snotty kid's discovery of the mind blowing band in the early 90's. We follow his journey and the history of FNM including some of their most notorious incidents, highlights and low points. The story ends with a great reference to 'Matador' and the beginning of a new era.

Matt's artwork is stunning, intricate and diverse. He flirts with various techniques from traditional comic book art to abstract panels. The detail in the images is astounding from the central focus all the way through to the minor characters and scenes in the background. Parts remind me of 2000 AD comics, others of Brian Bolland's 'The Killing Joke'. Seeing scenes like Axl's berating of FNM and Patton pooping in a hand dryer visualised is fantastic. However it's the panels that deal with FNM's split in 1997 that are truly wondrous to be able to be a part of, pretty emotional stuff! There is more than one glorious full page drawing that any fan would kill to have in a frame. 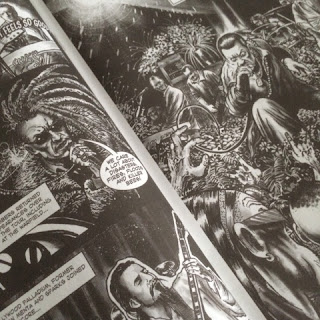 Onto the flip side Mr Bungle comic book. The story starts at carnival, of course, and unfolds into a history of the band. The narrative here includes lyrics, quotes from the band and reads more like a Mr Bungle appraisal.

The artwork is a great reflection of the music, in parts abstract, frantic and surreal. And as with the FNM art the attention to detail is outstanding. 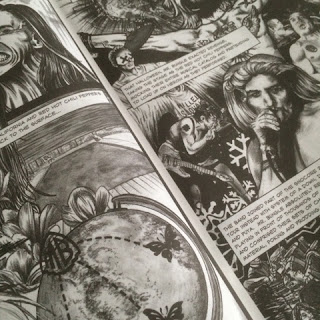 Two of my favourite things are Faith No More and comic books so this vision has been something I've waited for with great anticipation, it does not disappoint. What's obvious is that these books were created by dedicated fans. The whole package is a delight to read and must have for FNM and Bungle fans. It is a wonderful testament to the band's histories and I'm sure will be a much sought after collectors item in years to come, so don't miss out get your copy now!

Congratulations Mike, Matt and all involved. 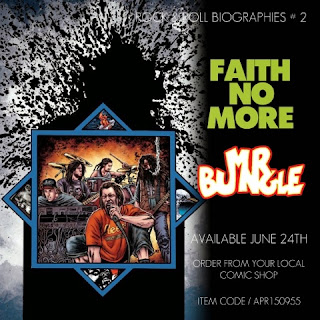