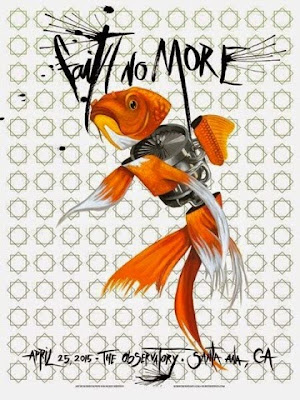 On April 25th FAITH NO MORE were at The Observatory in Santa Ana.

'It was a simple idea. When Justin asked me if I wanted to do a Faith No More poster, the first memory of them and image that popped into my head was the dying flopping fish from the end of the Epic video and then I thought about all the gold fish from Falling to Pieces. Its my homage and take on that early stuff reborn for the new tour/release.' 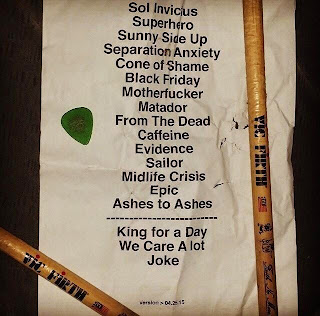 In this review from Grimy Goods the author takes issue with Mike Patton's 'rudeness', something that other eye  witnesses contest. He does however go on to describe the show as 'Kick ass'. Read the full review HERE.

The show really did kick ass, and despite the rudeness, the crowd was really into it. I saw some guy crowd surf and he was just getting thrown all over the place. Mind you, this guy was not small by any means so you can imagine the music had to be intense in order for the crowd to get that motivated to throw a man of probably six foot all over the place.  I hope this will not be the last tour of Faith No More, I think they still got something in them. 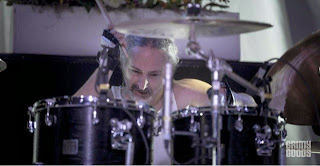 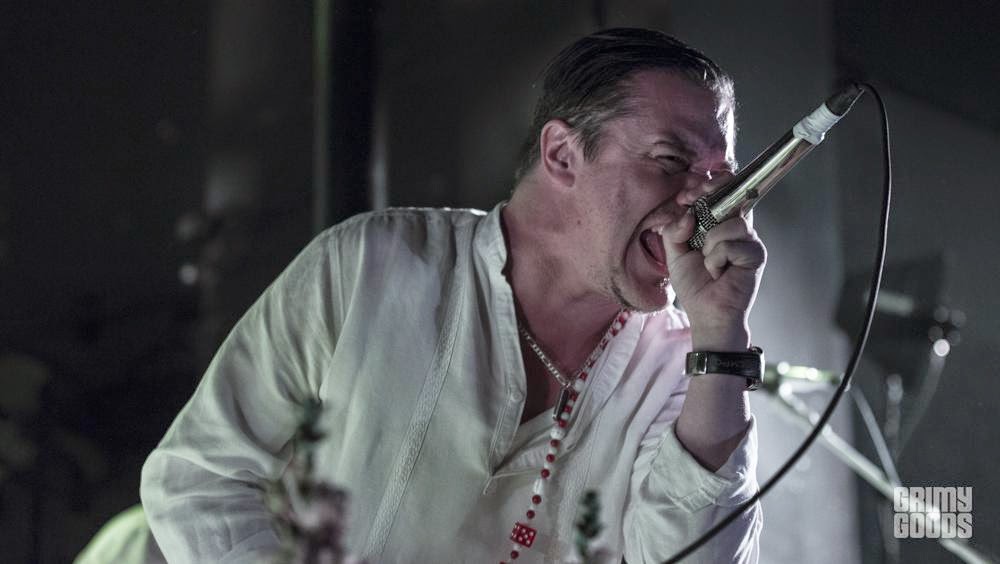 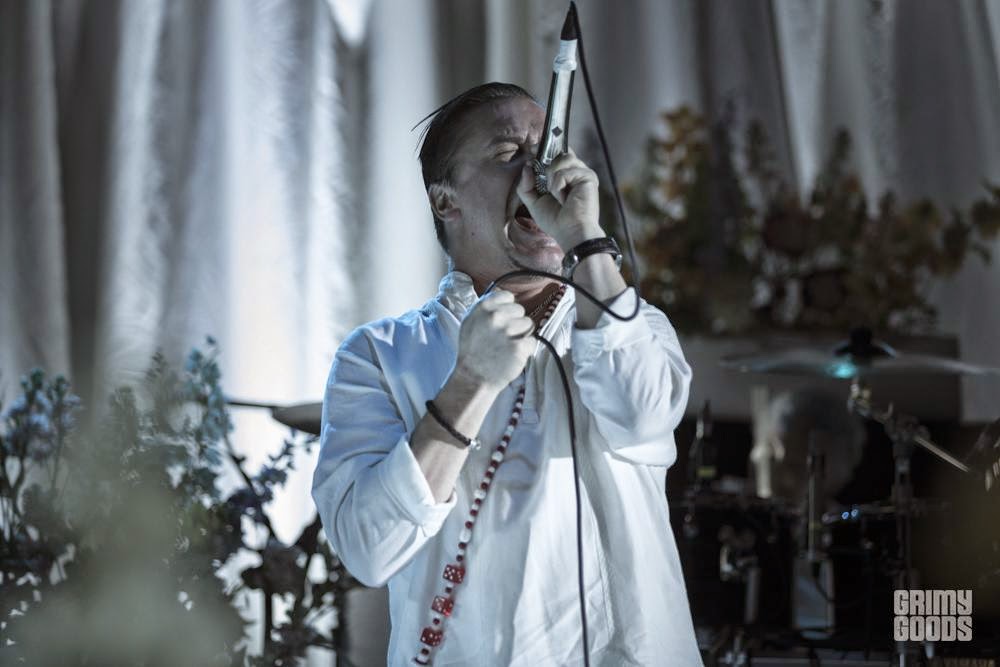