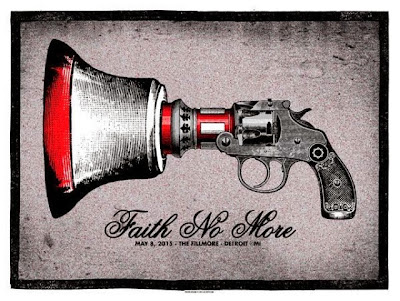 FAITH NO MORE Detroit show at The Filmore. Joined by Chuck Mosley for 'Mark Bowen' during the encore. 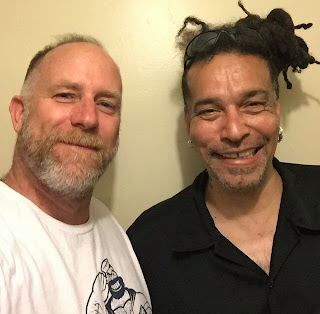 Over the course of 19 songs and 85 minutes (streamed via Yahoo Live), the San Francisco quintet offered a not-so-gentle reminder about the diversity the group so creatively compelling during its initial run during the 80s and 90s as well as a demonstration — via songs from the new “Sol Invictus” album, which comes out May 19 — of how potent Faith No More remains. As is its wont, Faith No More, with members clad all in white (Wimbledon or a Unification Church service, take your pick) and boxes of flowers surrounding the stage, was eclectic above all else, shifting from the heavyweight slam of “From Out of Nowhere” and “Caffeine” into the smooth soul of “Evidence” with deft, offhanded ease and daring to deliver its biggest hit, the rap-rock anthem “Epic,” just 15 minutes into the show, a statement of confidence in the strength of its catalog. 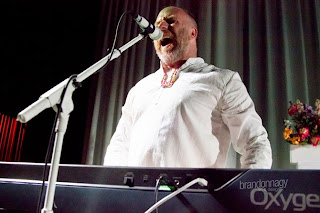 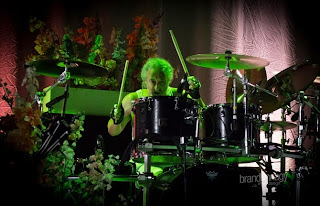 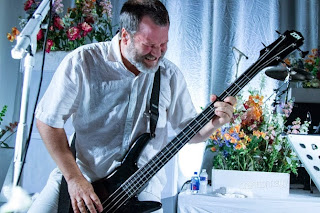 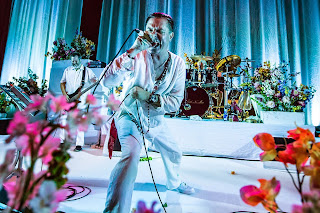 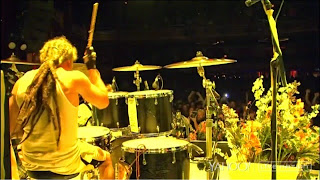 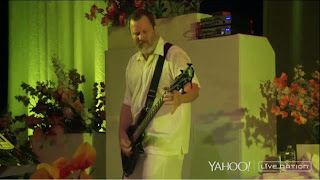 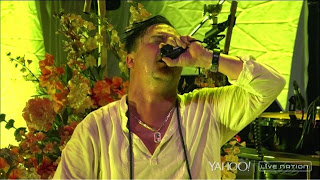 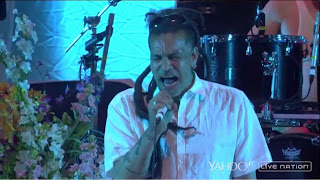