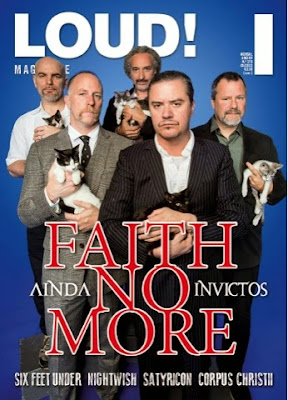 We are still experiencing a worldwide influx of FAITH NO MORE press, the likes of what we haven't seen since 1992.

It would have been easy for FAITH NO MORE rest on the victories won, even after the 2009 celebratory meeting that saw them play all over the world, and bring to an end a career that did not need ever to give any evidence to be considered one of the most influential ... and within that influence, the most comprehensive as well. Alternative rock to the most extreme metal, there is a tinge of Faith No More in much of what is done today, musically speaking, that still retains some character adventurism, exploitation, restless and insolent spirit, all values usually we celebrate in the good music we talked about you in LOUD !, whatever the subgenus in question. But because they are still the same musicians also restless, the fifties members of Faith No More, instead of being quiet at home doing parties to cute cats who proudly carry on our irresistible cover photo, shot up into the ring again for another round, that is to say, a new disc, eighteen years after his last recording venture, the "Album Of The Year" 1997. Then he will see if the "Sol Invictus" will also be the "album of the year "2015, but at least it will be in contention, something obvious from the first hearing. Naturally being a different band than it was two decades ago, the vitality and energy that always characterized remain intact, and make 'Sol Invictus' a work that easily gets next to classics like the 'Angel Dust' or "King For A Day ... Fool For A Lifetime" without any problems. Over six pages, not only we knew all about this triumphant return, as we can also prepare the ultimate mixtape of Faith No More with the precious help of several important members of our national scene.

Get your copy HERE 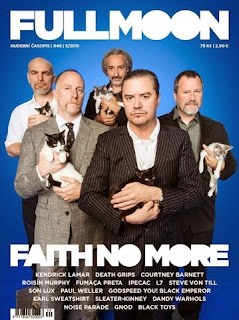 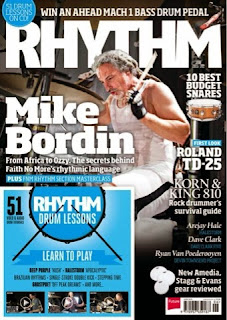 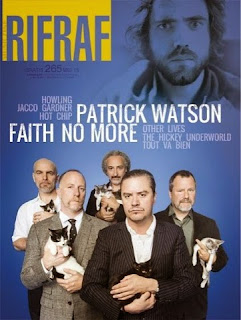 Big guests and your favorite Darkglass gear there to try: What are you waiting to join us?
Imagine a big night in Manhattan, a special celebration where you’ll get to talk to some of the best bass players in the world, share your love for music and try out some of the most amazing bass gear. Well, this night it’s a realityDarkglass’s Thunder Showcase is on May 14th and you can be there with us. It doesn’t matter if you like rock, pop or funk, every music style will have a special place in the Gibson Guitar Artist Relations Showroom & Studios. This is a celebration of 5 years of success and friendship with all bass-lovers around the world: “There will be three bass stations to try our pedals live” says Hugo Villarroel, co-founder of Darkglass Electronics. And surprises don’t stop there: “We’ll unveil two completely new products, and one limited edition with the art of one of the biggest illustrators in the world”.

“Billy Gould from Faith No more is planning to join us here” Hugo confirms, and he’ll be just one of a series of big guests for the evening. So, the big question is: What are you waiting? We want you there! 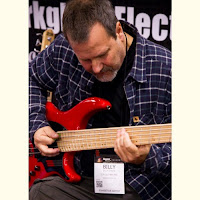 Slinking into the album with Roddy's mellow piano passages and Bordin's modified march, one feels instant gratification as soon as Patton threads his voice into the title track. First Patton half-grunts and half-whispers, then rises up to the smooth crooning octaves that's given him mass appeal. He reverts to snarl mode on the politically-charged, jumpy "Superhero", which grows in intensity as John Hudson and Bill Gould slam their instruments with the same vigor they left in this band the first time. Roddy Bottum's cascading keys on "Superhero"'s sullen choruses hit such a nerve the listener is apt to weep with joy by their gorgeousness. With Mike Patton's overdubbed screams and "leader of men" mantras, along with John Hudson's raking guitars in the final stanzas, this is, without a doubt, FAITH NO MORE restored. 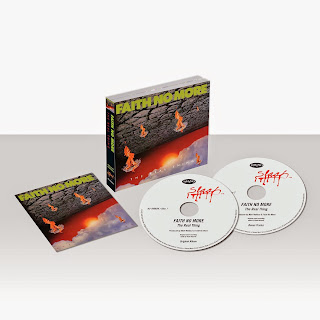 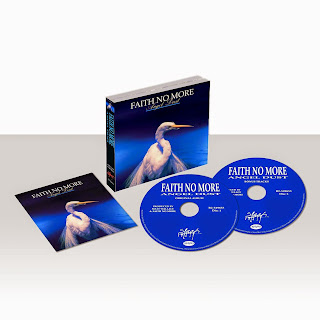 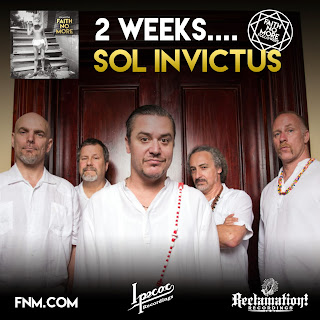