FAITH NO MORE INTRODUCE YOURSELF 28 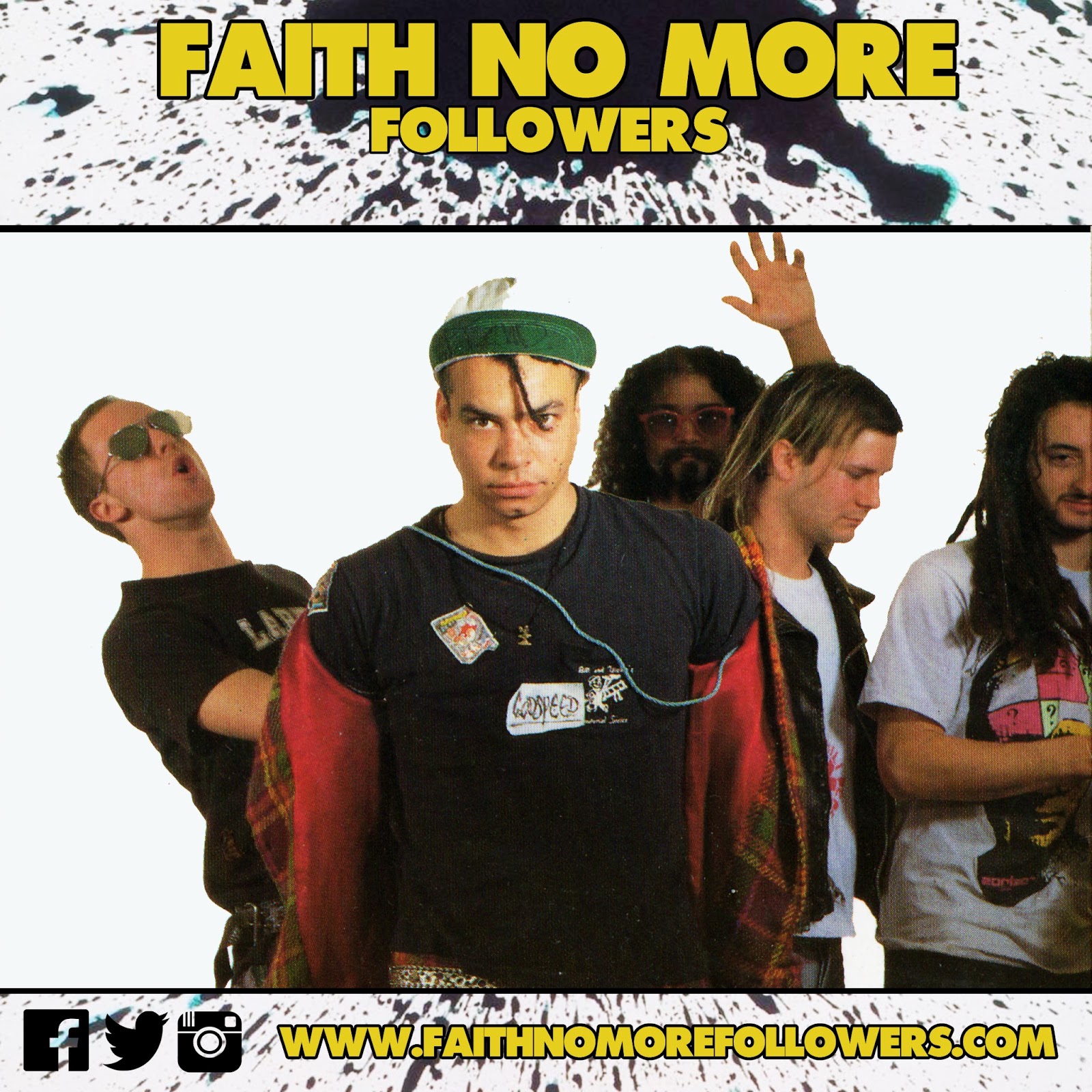 
In dedication to this outstanding album in FNM's catalogue we have collected a selection of articles for your reading pleasure. 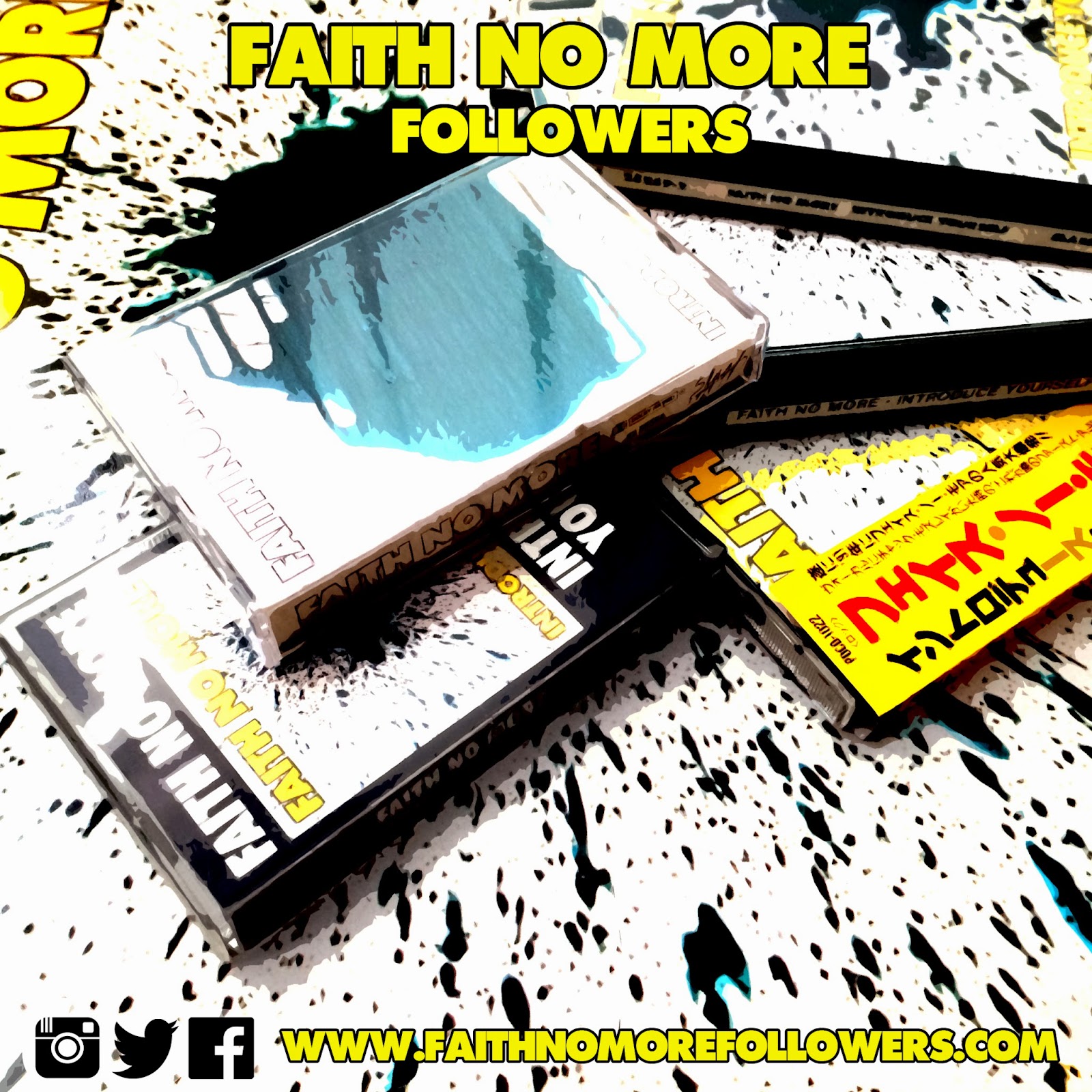 FAITH NO MORE is not to be confused with faithless. This iconoclastic quintet believes in just about anything. INTRODUCE YOURSELF is a demonstration in all that is forsaken. Chaotic power is infused with an emotional undercurrent that gloriously crests and mercilessly crashes. INTRODUCE YOURSELF is a dare made with two clenched fists.
FAITH NO MORE was christened in 1982 and managed to operate from a San Francisco / Los Angeles base. Singer Chuck Mosley was anchored in Los Angeles and would commute to and from San Francisco, where the other prophets resided. In December of '85, FNM recorded their first LP for Mordam records. An obligatory tour followed and they returned after spreading their cacophonous beliefs across the U.S. The hardships of traveling this expansive continent in a '66 Dodge and stolen Jartran trailer is what they endured to establish their name on college radio and dance charts.

Mission accomplished. FNM converted a few folk with the tune "WE CARE A LOT". With its pounding backbeat and unforgettable chorus, "WE CARE A LOT", displays cynical naivety using haughty lyrics and edgy bump and grind playfulness. It was re-recorded for INTRODUCE YOURSELF, with updated lyrics that address today's pressing social issues. Taking their dance antics into a raptuous philosophy is "ANNE'S SONG", which holds a solid bass groove while it bobs and weaves through lacerating drum punctuations as if crossing a mined field. The songs "SPIRIT" and "DEATH MARCH" obliterate notions of naivety and cast a melancholy shadow around FNM's confrontational perserverence.


INTRODUCE YOURSELF leaves no room for passivity. Credit the fact that this contemptuous posse have very different and varied histories. Keyboardist, Roddy Bottum, joined FNM after 10 years of classical piano training. Drummer, Michael Bordin preferred the tribal, primitive rhythms and was studying African drumming when he was recruited. Guitarist, Jim Martin, enlisted after a bout with Vicious Hatred, a San Francisco metal band. Singer Chuck Mosley, grew up listening to Motown and was inspired by Devo. Billy Gould had been playing in a band with Chuck and cites the Sex Pistols and Germs as his main role models. These volatile influences assail each song, affirming FNM as the sonic touchstone for each individual member. 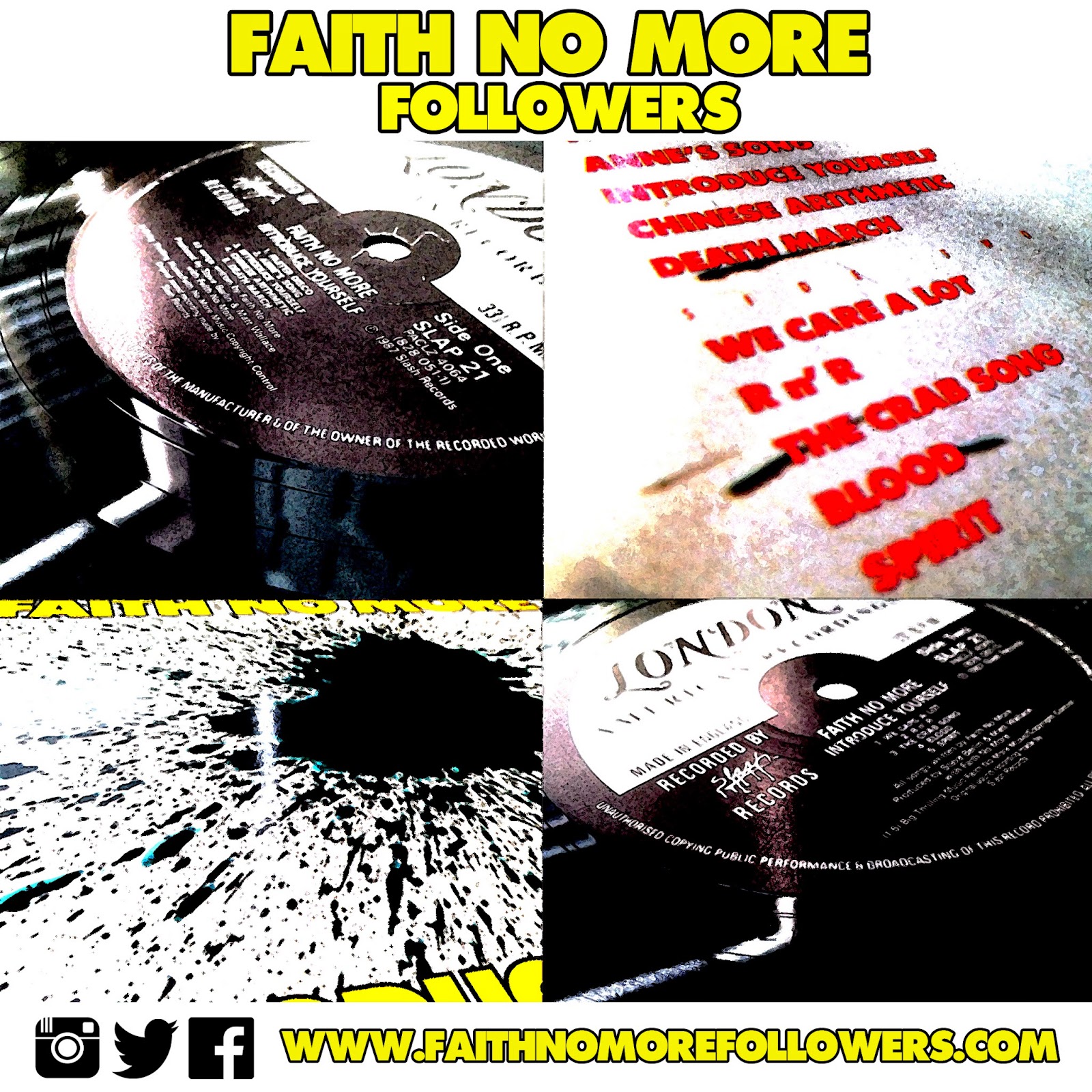 It was the riffs primarily that got us. Amidst floating keyboards, funky bass and rock-solid drumming there are some grinding riffs that just kill. Regardless of the other influences at play here, you can tell that Martin had metal in his blood. His guitar work was never anything other than heavy and dark. Whether it's twisty, snaky licks or full-on thrash-like chug-a-rama, he brought the heavy to Faith No More. Witness "The Crab Song" crusher that kicks in around 2:45.

All music by Greg Prato
On Faith No More's major-label debut, Introduce Yourself, the Faith No More that you've grown to know and love finally rears it's ugly head (much more so than on their 1985 independent release We Care a Lot). All the ingredients are there, but like its predecessor there's one crucial item missing, super-vocalist Mike Patton. This would be original singer Chuck Mosley's last outing with the band, before he was ejected due to erratic and unpredictable behavior. Still, the album is consistent and interesting, with Mosley's out-of-tune vocals being an acquired taste to most. "The Crab Song" is one of their most underrated tracks, which packs quite a wallop when guitarist Jim Martin's heavily saturated guitar kicks in. The title track is an enjoyable and brief rant, and the loopy bass and irresistible melodicism of "Anne's Song" should have been a hit. There's also a slightly updated version of "We Care a Lot" included, and the resulting video gave the band their first taste of MTV success (but nothing compared to what they'd experience with their heavily rotated breakthrough "Epic"). A step in the right direction toward the deliciously twisted sound they'd achieve on later releases.
Sputnik
Faster Disco is one of the aforementioned tracks, with a pretty recognisable sound accompanying it. Guitarist Jim Martin and keyboardist Roddy Bottum are the key factors in this sound, with the formers crunchy, triplet-laden riffs and the latter’s atmospheric keys filling the soundscape admirably. It doesn’t hurt to have a rhythm section that is consistently spot-on, alongside bassist Billy Gould’s hand in writing eight of the album’s ten tracks, including the self-penned closer Spirit. Given that these factors remained after the departure of Mosley keeps the band’s overall sound from making a really serious shift, instead being given the chance to shape and grow naturally. Admittedly, however, all these traits help the disc from falling completely flat, but ultimately aren’t enough to save this sophomore outing. 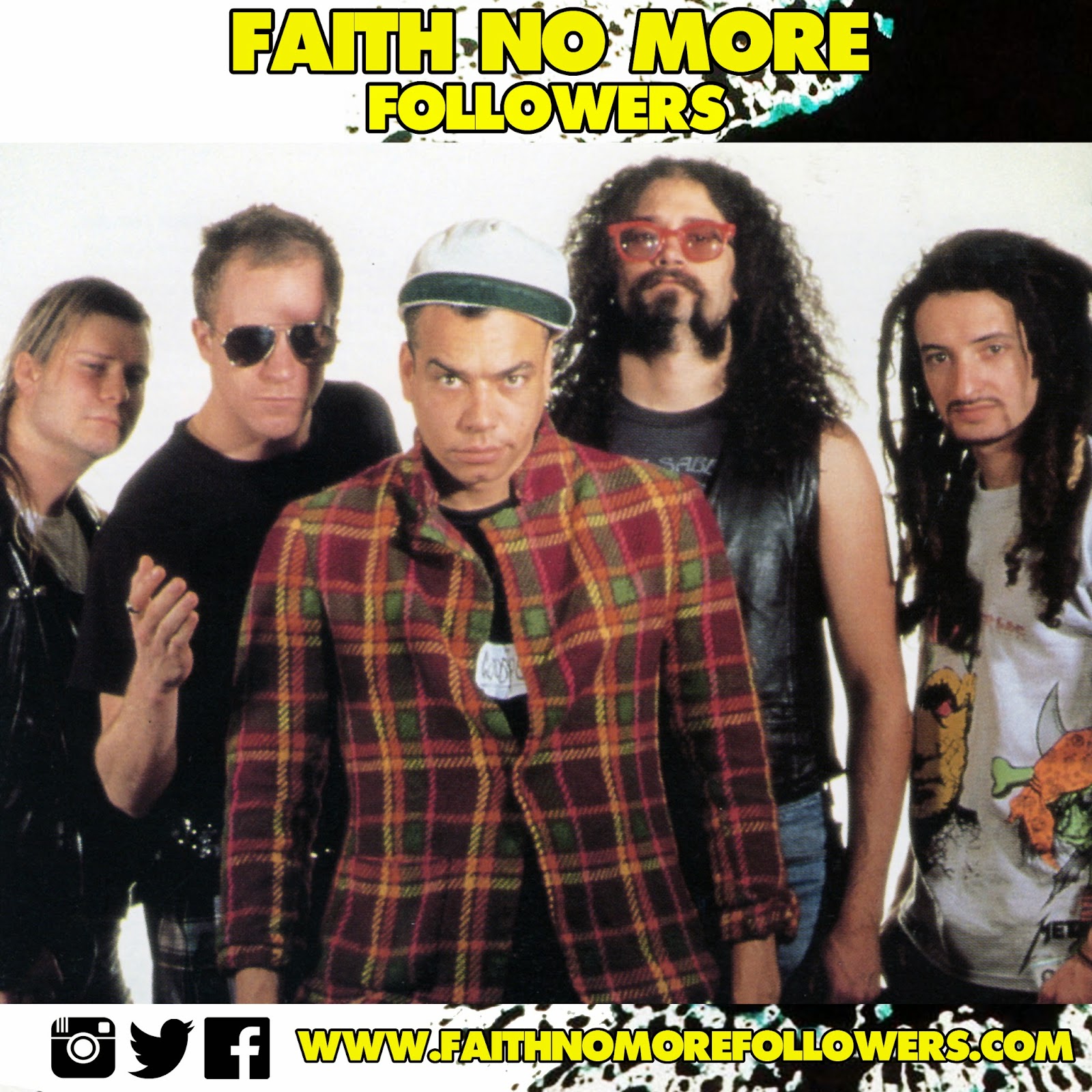