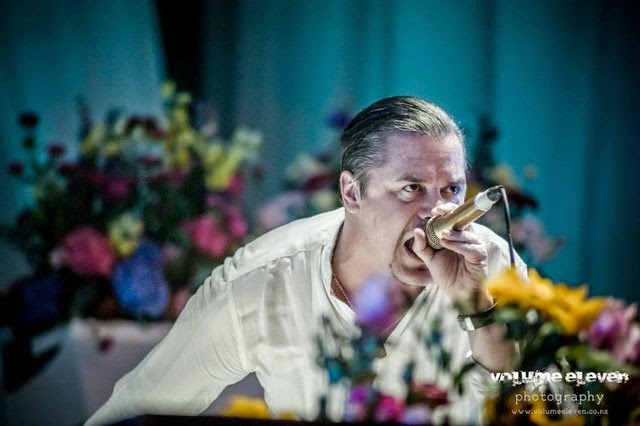 FAITH NO MORE have left Australasia after, by all accounts, five amazing shows. WESTFEST in New Zealand was their final performance.

FNM played new song 'Cone Of Shame' for the second time ever, here is the set list. 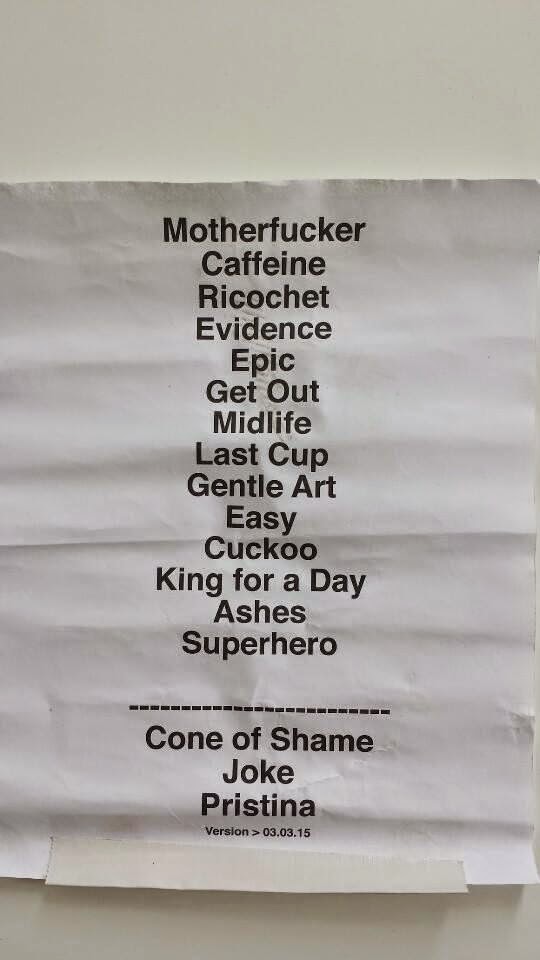 Crowds built in the evening as punters finished work for a powerful set by Faith No More, who performed on a stage decorated in thousands of dollars worth of flowers. New songs, like Motherf*****, showed they haven't passed their use-by date just yet, but it was brooding, funk-tinged classics Epic and Last Cup of Sorrow that really bought back the '90s.

Faith No More blew minds with their white-drenched and flower-laden stage, not to mention phenomenal showmanship 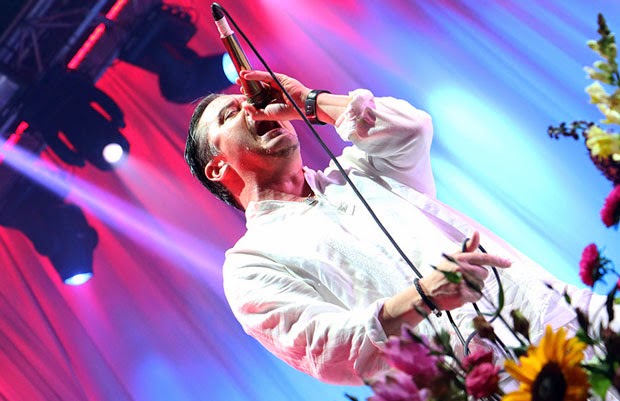 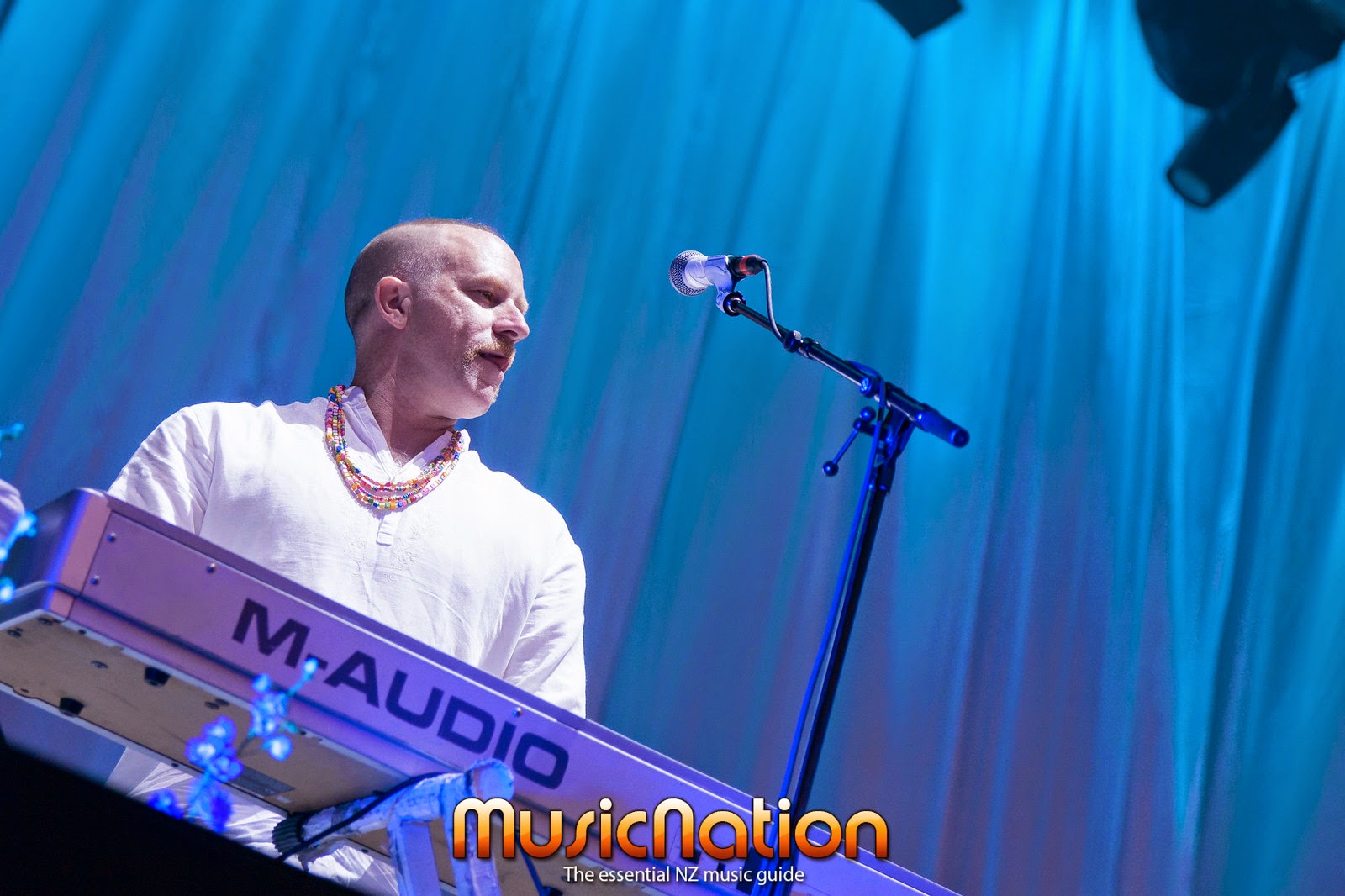 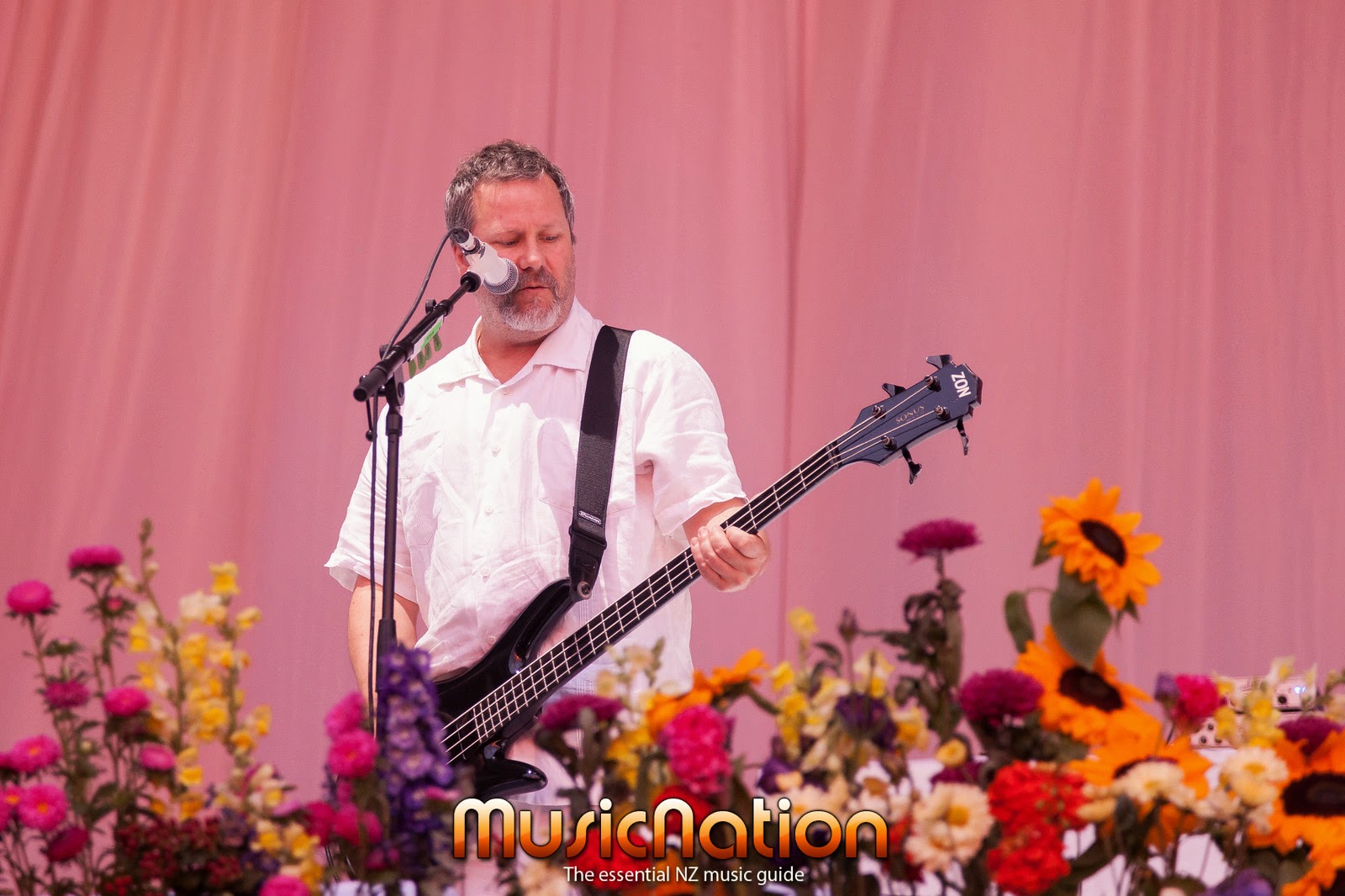 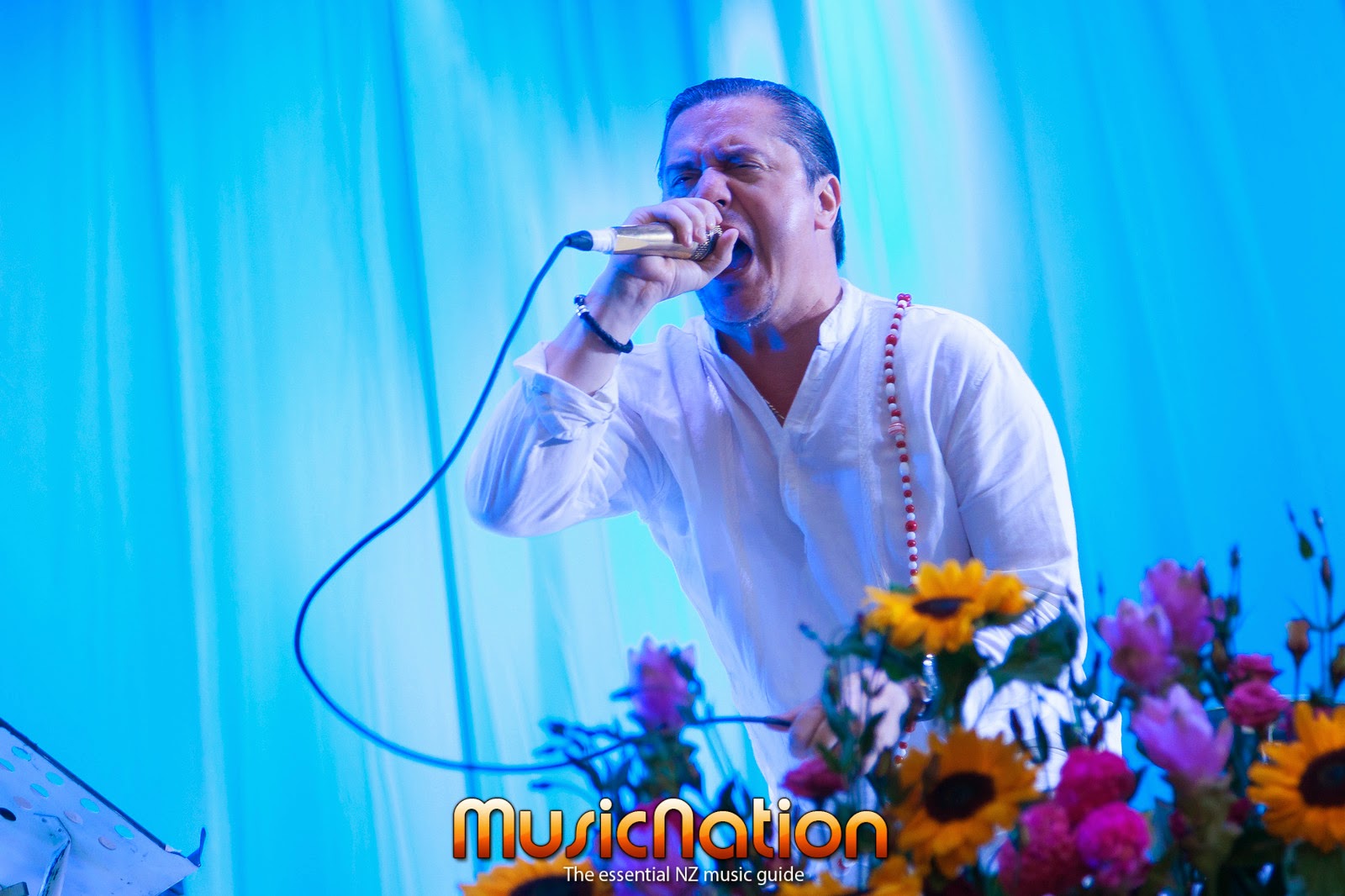 LIBEL MUSIC - Claire McCabe
And then there was Mike Patton. The boys take the stage all in white with flowers everywhere. Roddy punches away on keyboards to the left and Mike hammers those drums. They kick off with Motherfucker, one of their new tunes, and Mike is off on his own little tangent. Fingers clicking and megaphone in play. Evidence is there. The fabulous Epic. Midlife Crisis gets an airing... It's getting older and so are you... Mike still looks grumpy a lot of the time but surely that just means he's enjoying himself? The contrast of the super angry Gentle Art of Making Enemies swinging into the swoon of Easy just makes us want more. Mike throws himself around the stage and screams the place down on Cuckoo for Caca with plenty of megaphone-action. So glad these guys are chums and making music together again (new album out soon). The 90s are alive and well and playing on stage tonight. "Lovely job with the flowers" says Roddy as they head into a couple more fabulous tunes and then they end on a beautiful note with I Started a Joke. Thanks guys. Your set was absolutely the highlight of the evening. Come. Back. Soon.
PHOTO GALLERY - Lou Mitchell 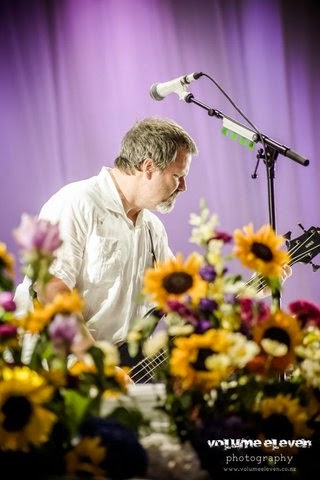 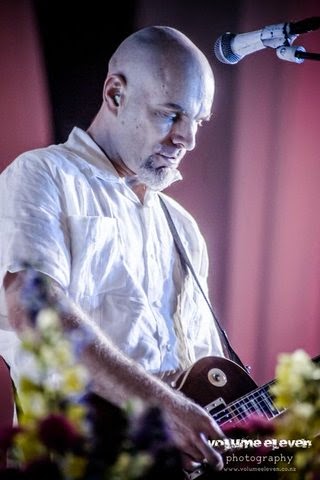 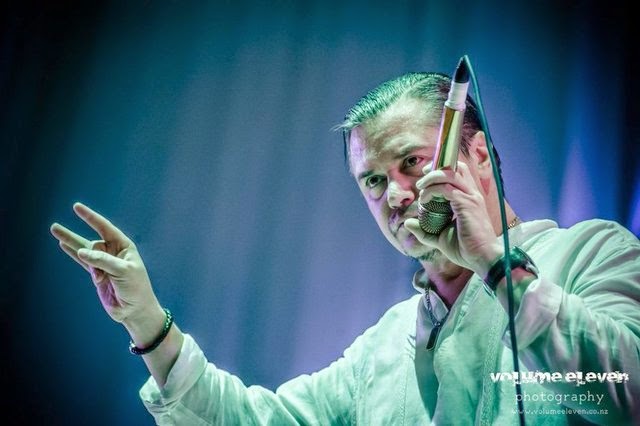 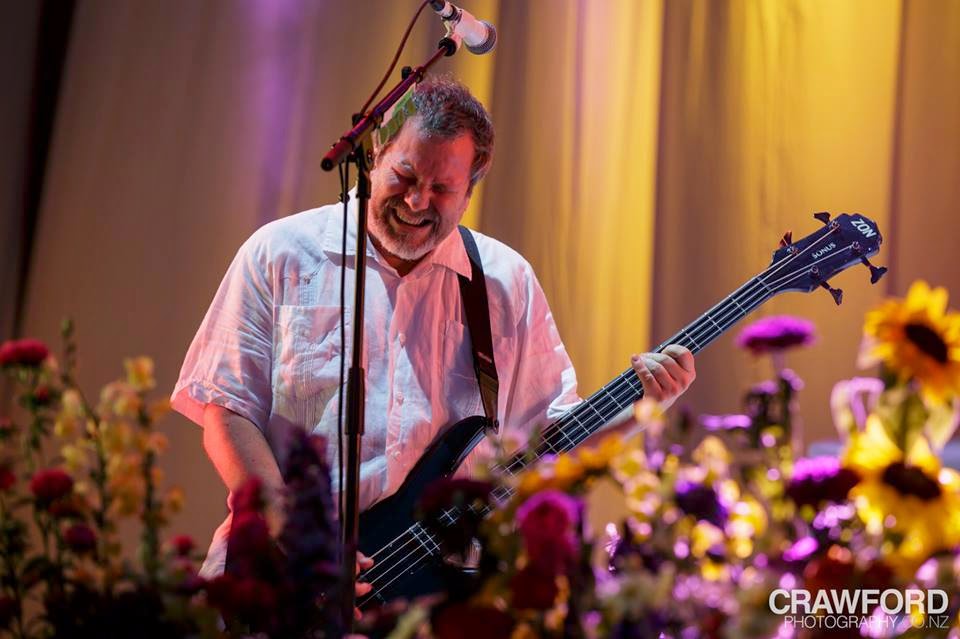 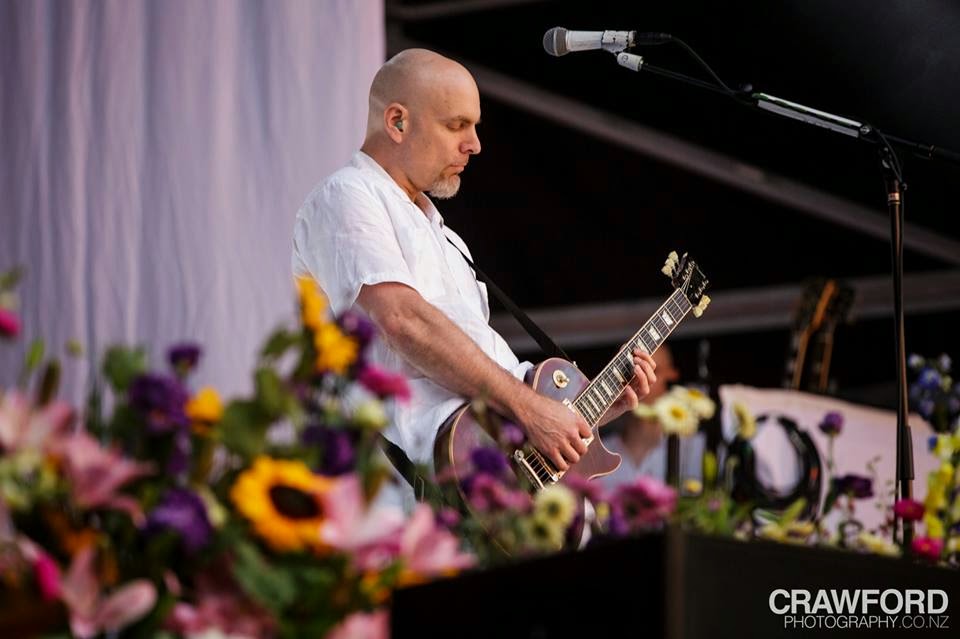 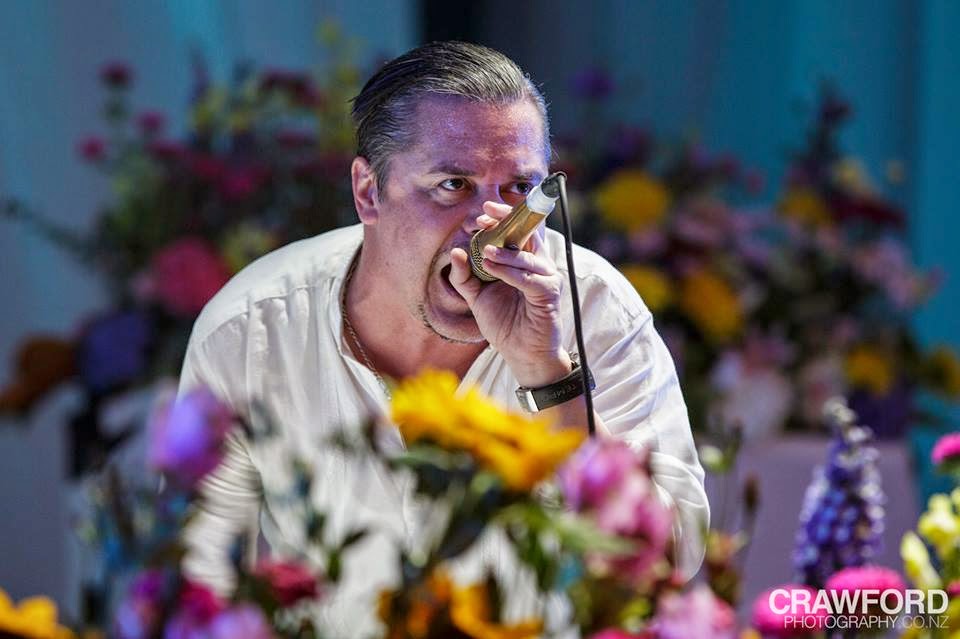