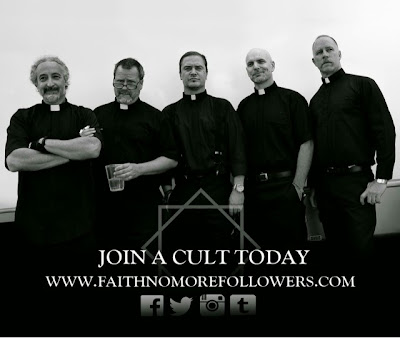 Two new interviews from Australian sources ahead of their visit to the southern hemisphere.

The first interview with RODDY BOTTUM by Sarah Smith appears in FASTER LOUDER and can be found in full HERE.


I’m not saying we could just do shit and put it out there and people will be surprised and love it, but people really want us to do the unexpected

I would say that it really does go back to out roots, and is really gothic – it’s really sort of in the dark and there’s a lot of sombre tones on it. It speaks to my core, I really get really gut instincts from simple stripped down sounds when we do that successfully. And for me there are a lot of those moments on the record. It’s not as dense as the place that we usually go and there are a lot of places with really simple instrumentation. And pianos – there is a lot of pianos – and a lot of really, concise smart lyrics that can be heard and understood. And those sorts of places on the record are the strongest for me.

He has done a super, super great job. I’m a huge fan of his lyrics I love what he does lyrically. There is some really fun wordplay that he does and there’s a lot of referencing of us as a core group. It’s probably best left for interpretation but I really am a big fan of what he has done with this record, and his lyrics.

On being in FNM

It’s a really good place to be. Getting older, the things that I cherish are my old relationships. That is what I really cherish: loyalty and old friends. And the band is the core of that in my life. Those people in this band are sort of my oldest, truest people in my life and its really nice place to be. It’s very comfortable; it’s very nurturing and creatively safe.

The second in interview again with Roddy submitted by 'The Doctor' for SOUNDWAVE FESTIVAL can be read in full HERE.

The lyrical content was about foie gras. Keeping ducks in a small contained cage and force feeding them and bloating them and then taking advantage of their body parts and selling it as a commodity. It seemed like a good allegorical representation of what music was in the early 90s and 80s.

It's the second song on the record, and it's kind of a special sound because it to me sounds a lot like Faith No More; and it's a really comfortable sock in the gut for the first heavier statement on our record. It really feels like, to me anyway, like Faith No More. It's got keyboards and it's got a big grandiose statement, and it goes on for way too long. And I really love that.

CONE OF SHAME from Studio Coast, uploaded by Una Softic.