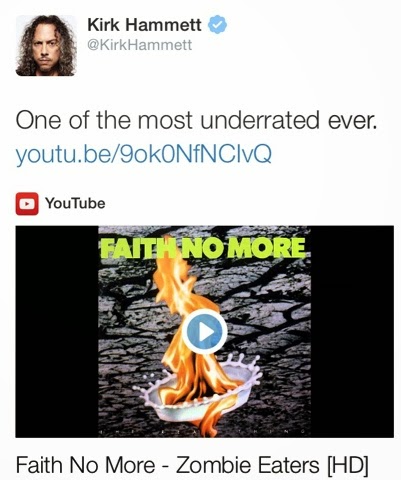 METALLICA guitarist KIRK HAMMETT took to TWITTER tonight to express an opinion that 'Zombie Eaters' is one of the most underrated songs ever. Although it's a great sentiment and awesome after all these years there is still such a fantastic comradery between these giants of metal music......it's not an underrated song to us fans.

He also went on to reply to the question 'What FNM would you recommend?', with the answers 'Everything Faith No More ever did.' 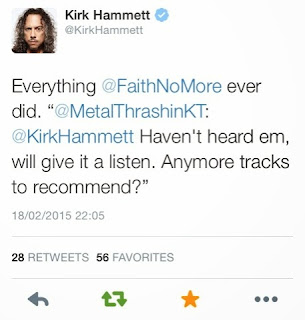 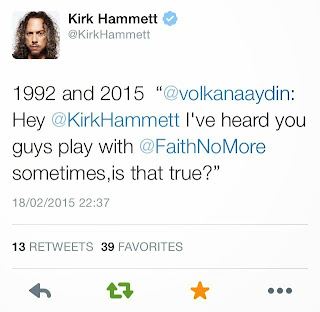 Metallica and FNM will share the bill once again summer in Europe at SONISPHERE in Italy, ROCK IN VIENNA, ROCK AVARIA and DER RING.
Kirk played alongside JIM MARTIN in the band SPASTIC CHILDREN in the 80s. 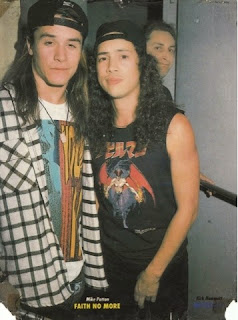 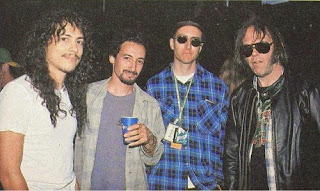 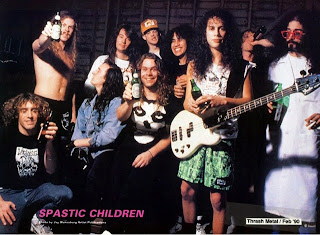