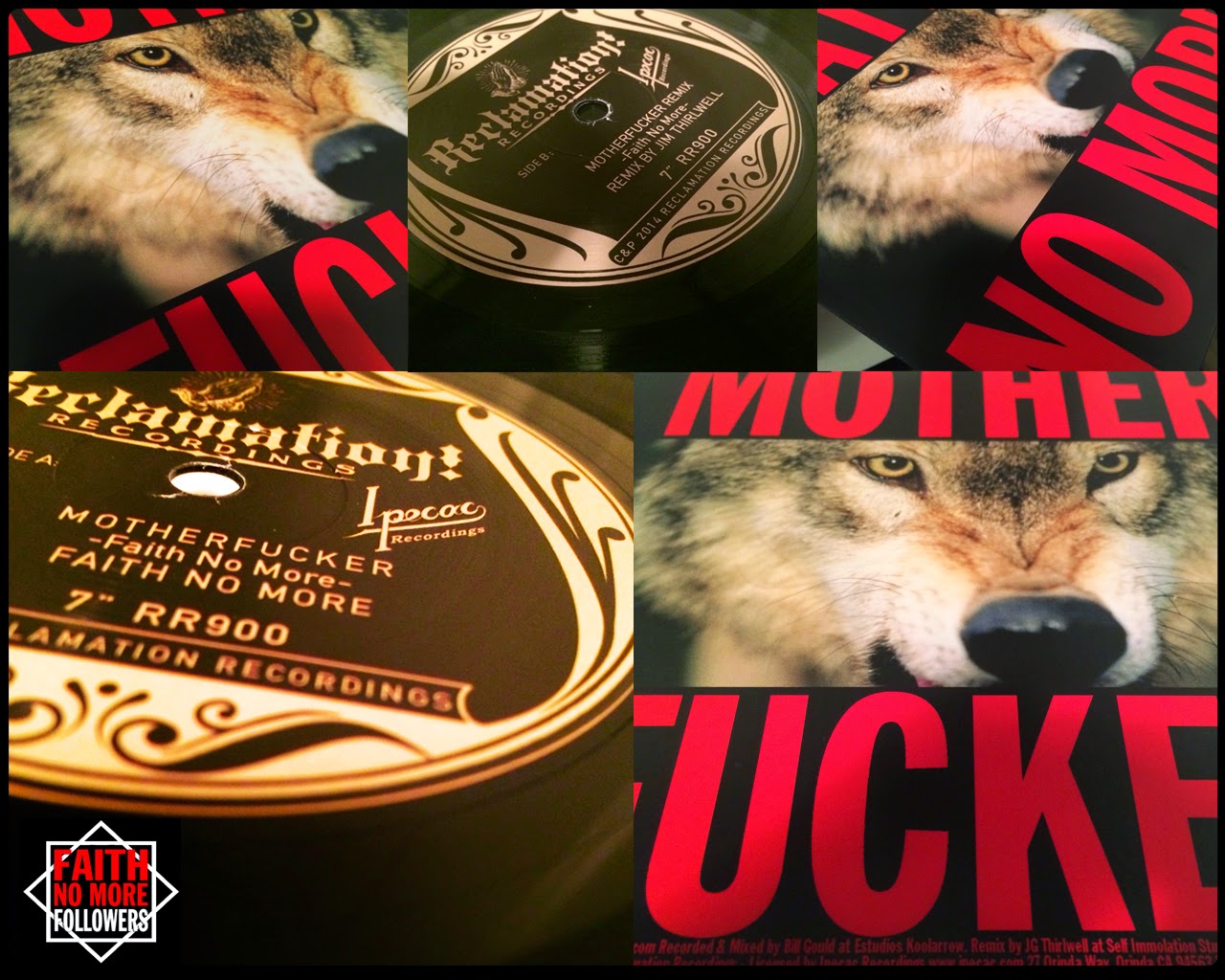 If you can look it in the face and hold your vomit!

2014 was a year some importance for Faith No More with the astonishing annoucemnet of a new album release in 2015 with supporting tour and of course the release of their first new music in 17 years 'Motherfucker'.

The song itself is the vision of Roddy Bottum who also features on lead vocals for the first time in FNM.

When speaking to Rolling Stone Magazine Roddy said this:

“It feels apt that the first track we’re releasing is ‘Motherfucker,’ a song about accountability. Basically we’ve created, recorded and mixed a new body of work by ourselves and we’re releasing it on our own label. It’s a huge deal for us to only have ourselves to answer to at this point in our career and the song is about that, where the buck stops via the basic imagery of foie gras production, bondage…y’know, stuff like that.”

Here is an article analysing the song I wrote for Faith No More Blog:
So it's maybe a little soon to be dissecting this song but I have never had the chance to write a focus article on a song actually on it's release before so let's crack on, although I'm sure this analysis will change as 'Motherfucker' settles over time amongst the Faith No More catalogue. I like thousands more first heard the song at Hyde Park in July as their first encore cushioned nicely with the familiar beat of 'We Care A Lot'.
My memories of this moment are a bit of a haze, sheer delirium in the privilege of being present for the debut of two shining new compositions. I do remember a profound silence fell over the sea of festival goers as the FNM fans drank up the music. Our attention was immediately drawn to lead vocals by Roddy, something we have only been treated to (with FNM) since 2009 but in their cover of 'Reunited' originally by Peaches & Herb.
Mr Bottum certainly nailed it although 'Motherfucker' was definitely the only phrase that resonated in the brain at the time. So after the excitement of July 4th subsided and we'd all had chance to replay the event on YouTube enough times to make internet history, what did we make of 'Motherfucker'?
After a sneak preview on Soundcloud and a gazillion listens how does it feel now, how does this the first recorded material in 17 years from FNM sound? I'm going to say...... fantastic!! It uses that proven 'two halves' structure that FNM do so well. The first section dominated by those low haunting notes from Roddy's keys, his throbbing words spoken sharply with that perfect rhythm that Mike Patton usually spoils us with. Mike Bordin's expertly timed drum roll breaks up the cinematic feel whole keeping a solid backbone. All be it a minimal part for Mr Patton he tones are still unmistakable blasting out in the anthemic chorus. The second half is a graceful melodic guitar solo, reminiscent of songs like 'Stripsearch' and 'Ashes To Ashes'. Jon Hudson certainly shines through and lifts the mood. The lyrics seem to describe an overindulgent feast with antagonists dominating and FNM in the corner doing their best to survive. Seeing the perverse humour in it all the way as only FNM can. Possibly a reflection on their past experience with the record industry and a statement on how they will present their future in music.
The publicity photo to accompany the song depicts this idea wonderfully too.
So how does this song compare to other anticipated singles like 'Midlife Crisis', 'Digging The Grave' and 'Ashes To Ashes'? Ultimately 'Motherfucker' stands amongst them as an impeccable way to return after being quiet too long. It's true there have been mixed feelings about this song ever since Hyde Park but let's be honest there are always these same opinions about debut singles from each album which have later became adored. FNM always know how to ruffle feathers, push boundaries and 'Motherfucker' is beautifully unique, typically anti radio, different to anything to come before. This song will offend, ensnare, delight and seduce but don't all FNM songs.
They are back to fuck with us and this is perfect foreplay.


And here are links to several more reviews of MOTHERFUCKER: