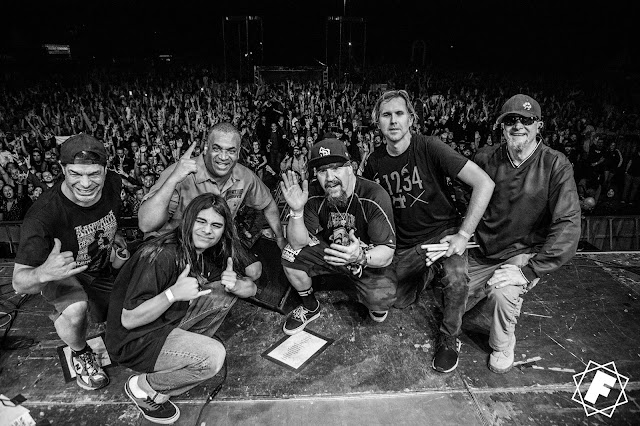 Big Sick and Ugly ex-Faith No More guitarist has sadly been absent for some time now. The last we saw of Jim Martin was in 2014 when he joined the ranks of Infectious Grooves for a one off show at Whiskey A Go Go.
However on November 17 at Espaço das Américas in São Paulo Infectious Grooves reunited for a special show celebrating 34 years of the Brazilian radio station 89 A Rádio Rock. Jim again filling in for original guitarist Adam Siegel. Also onstage were Mike Muir, Robert Trujillo, Dean Pleasants and Brooks Wackerman, plus a guest appearance from Trujillo's son Ty.

In the encore the ensemble treated us to a rendition of We Care A Lot, which would be the first time Jim had played the song live since his exit from FNM in 1993. Friend of our page and Faith No More fan Eduardo Figueiredo captured the song on video.

The band shared a video of their rehearsals earlier on in the week.

There are some great photos of Jim off and onstage with the band check them out below. 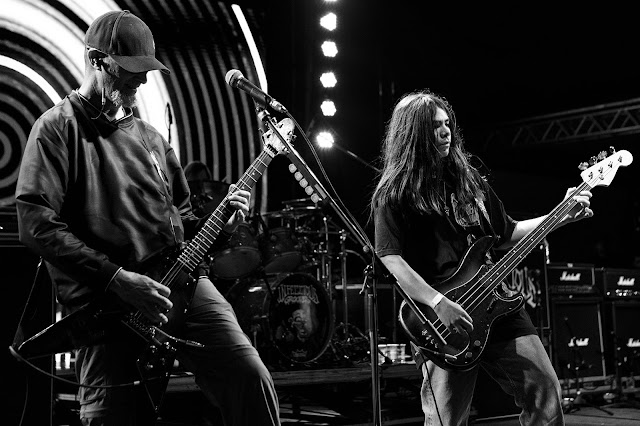