DAN WEISS and Trevor Dunn talk to us about their new album. 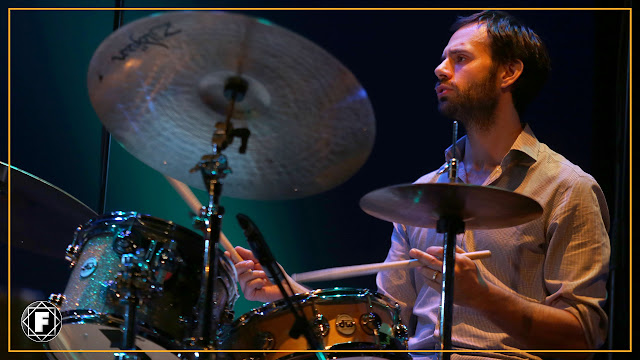 Trevor Dunn is a busy guy! He's non-stop out on the road, currently with Qui in Europe, however he does occasionally drop into a studio.
His most recent recordings have been with extraordinary drummer and percussionist Dan Weiss. The two have worked together on various live projects over the years but this will be their first time in the studio. Dan is a phenomenal jazz and metal drummer who has played with the likes of John Zorn. You can check out Dan's website for more info danweiss.net

His newest project is a metal-jazz group featuring Craig Taborn, Matt Mitchell, Ben Monder, and Trevor Dunn recorded September 11/12th of this year, to be released via PiRecordings in late winter/ early spring of 2018. All the songs are written by Dan.
(Thanks to Jared Blum for turning us on to this project).

We caught up with Trevor and Dan to find out more.

Can we first find out a little about your upcoming record. Does it have a title?

DAN : Not yet.. Ive been thinking about a name for months. I'm close though.


Can you explain a why you chose to work with these particular musicians?

DAN: We all play gigs in the 'jazz' and or new music tradition but we all love heavy music i.e death metal, speed metal, Doom and Sludge metal, Etc. The idea was to get us all together and kind of create something in between worlds.


You and Trevor have been playing together for some time, how did you meet?

DAN: We met in a band called Floriculture in around 2004 or 2005. It was a good band with fairly difficult music. Me and Trevor hit it off from day one. Musically, sense of humor, movies, etc.


What attracted you to this studio project with Dan?


TREVOR: Danny is one of my favorite drummers even though we don't get the chance to play together that much.  He hand-picked this new band of his and I did not hesitate to join.  It's a pretty ridiculous bunch of 'jazz' musicians/composers.  For me it's a challenge and a lot of fun.  What's NOT attractive about it? 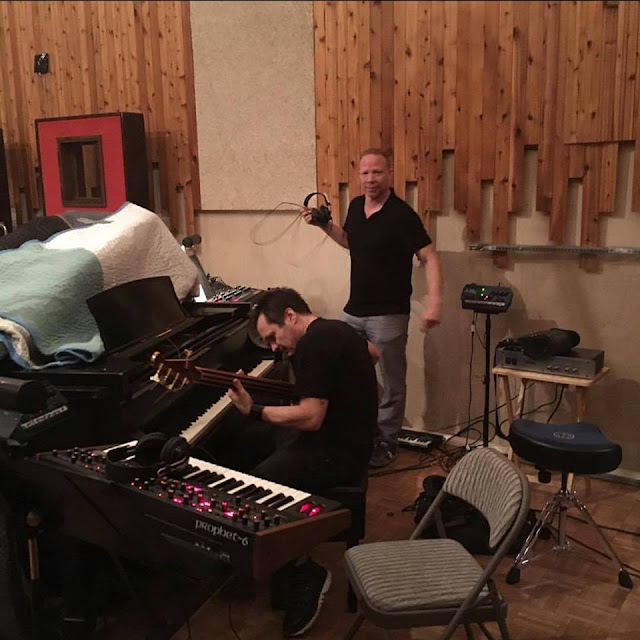 Why has it taken so long to get you together on a recording?


DAN: Everything in its own time brother ;)


How did recording process go? Did you record the tracks live in the studio? And did that involve a certain amount of improvisation?

DAN: We rehearsed for about 20 hours and played everything live in the studio except one track we layered. It was too difficult. Each piece has room for improvisation. Some more than others.


Metal jazz is an intriguing idea, Mr. Bungle and John Zorn leap to mind. When did you first begin to combine the two genres?

DAN: Well I always incorporate everything i listen to in my drumming. I have been listening to metal and jazz for about 25 years apiece. They are bound to cross at some point. I actually played in a Doom band from 2005-2006 called Bloody Panda.

TREVOR: I don't think of it in terms of quantity.  It's important for me to work with exceptional musicians, and by that I mean an array of things.  It doesn't necessarily mean technically proficient.  I don't think so much in terms of styles.  Notes are notes.  Whether it's fast/distorted or quiet/perfectly in-tune --and everything in between-- there are challenges.  There are challenges in perfecting anything, or if not perfecting, reaching a desired vision.   I'm always interested in artists who are doing something unique and pushing boundaries.  I want to hear and experience their personalities, not some regurgitated idea that came from someone else because in that case everything loses authenticity and quality.  I feel fortunate to get to play with a lot of different musicians but it's not my goal to rack up numbers.  I love all kinds of music, and I have to make a living playing it.  But also, I would go nuts if I could only play in one band.


You grew up listening to rock music, and I read that Faith No More played a big part in your musical education. What is about FNM that attracted you?

DAN: When I was in my early teens I was very much into prog stuff, metal, and a lot of the 'alternatative bands' of the day such as Soundgarden, Fishbone, Primus, Bungle, Faith No More etc. I wouldn't say Faith played a big part of my musical education but I listened to all the records a lot and saw them live a few times. I still listen to the records especially 'King For A Day' and the band really does hold up still.


What other music has influenced you to create this record?

DAN: Everything from jazz to classical Indian music to Xenakis and Stockhausen to Autechre to Badalamenti to High on Fire to Meshuggah and beyond.

Did you bust out the old alembic five string prossibly not used since the last Mr. Bungle gig?

TREVOR: I use my Alembic Europa quite often.  Most notably with Zorn's Asmodeus in the last several years.  I also record with it at home quite frequently.  It's not my favorite bass to tour with as it is quite heavy, but I still love it.