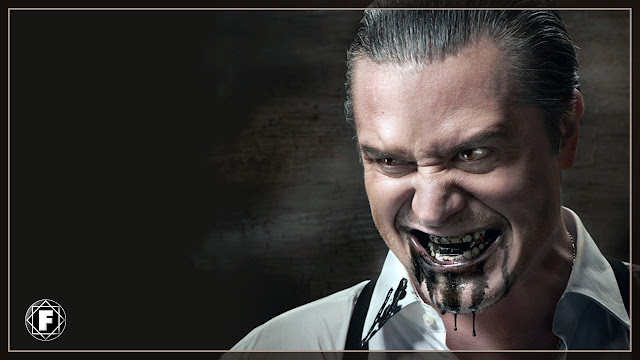 Mike Patton has a love for the sinister macbre side of music, especially from horror movies. So much so that the Fantomas album The Director's Cut pays homage to some of tinsel town's creepiest scores.
He has of course lended his composing skills to a few movies now, and his latest horror soundtrack to the Netflix movie 1922 (based on the Stephen King novella) will be available next year. But what scores has he drawn influence from?

"Reminds me of the subtlety of a nursery rhyme, except it will keep you up while laying in bed trying to fall asleep. One of my favorites, it’s haunting."


"This bombastic score absolutely MADE the movie. Watch the film with mute on and it won’t have nearly the same impact. Imitated by many, but nobody outside of Penderecki can even come close. Definitely gives you goose bumps."

"An incredible score with no known musical 'notes.' The entire score was produced by an early electronic instrument called the 'mixtrautonium,' and is an amazing example of how sound design and sound effects can be fused with image to great musical effect. Hats off to director Alfred Hitchcock for realizing this and creating a truly terrifying sonic bastard."

"Special electronic effects were created for this core by breaking large chunks of wood. If that doesn't convince you, then check out the film: It is one of the most elegant and haunting you may find."

"This is not a 'film score' per se, but it might as well be. The dialogue and cues are so vivid that the listener is immediately transported into the dark recesses of Disneyland. I can't think of a scarier place to be."


"Incredibly elegant writing and orchestration from the maestro…This music was written for an early Dario Argento film, so there are plenty of slasher elements, but they are handled with the grace and conviction of a modern classical composer. Void of any of the normal musical scare tactics are heard, this is precisely why it is such an effective piece."

"It’s not really a film score but more of a 'tone poem' using horror elements and sound effects. This one requires a close listen."


"I wish there were more scores like this. It might not be technically horror but I find it disturbing."